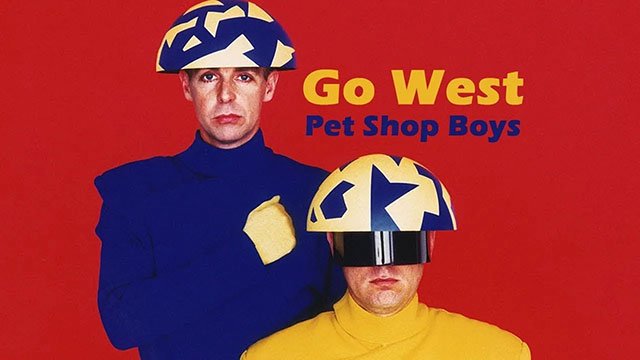 It’s safe to say that no Pride Music playlist would be complete without the Pet Shop Boys disco-tastic cover of “Go West.” END_OF_DOCUMENT_TOKEN_TO_BE_REPLACED 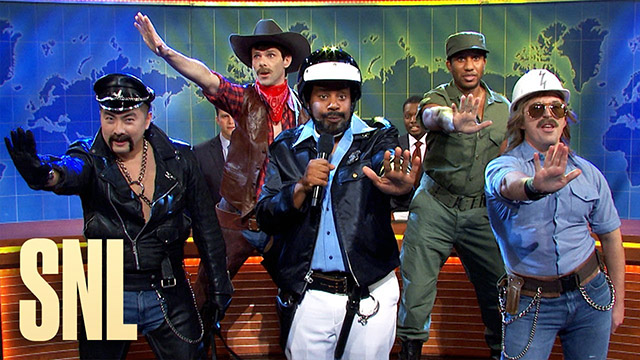 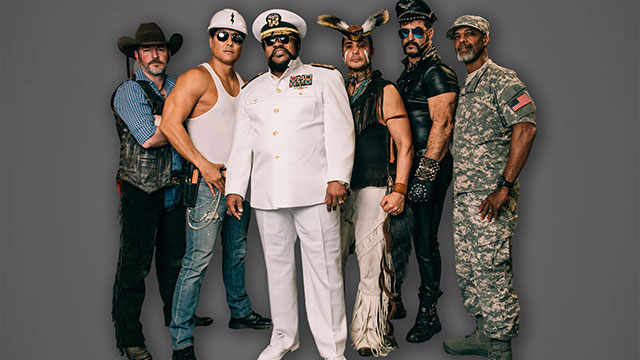 The Village People’s straight frontman, Victor Willis, took to Facebook recently to make sure folks clearly understand that the band’s iconic gay anthem, “Y.M.C.A.” is NOT about the gays having a romp at their local Y.

“Therefore, I will sue the next media organization, or anyone else, that falsely suggests Y.M.C.A. is somehow about illicit gay sex,” threatened the singer. “Get your minds out of the gutter please! It is not about that!”

Willis, the original Cop character, left the band at its peak in 1980, but after lengthy court battles he rejoined the group in 2017.

It was then that Willis began telling the press the song was never meant to be about gay sexual shenanigans.

“I wrote it about hanging out in urban neighbourhoods in my youth. ‘You can hang out with all the boys’ was a term about me and my friends playing basketball at the Y. But I wanted to write a song that could fit anyone’s lifestyle. I’m happy the gay community adopted it as their anthem, I have no qualms with that.”

In addition to “Y.M.C.A.,” Willis co-wrote many of the Village People’s biggest hits including “In the Navy,” “Macho Man,” and “Go West.” 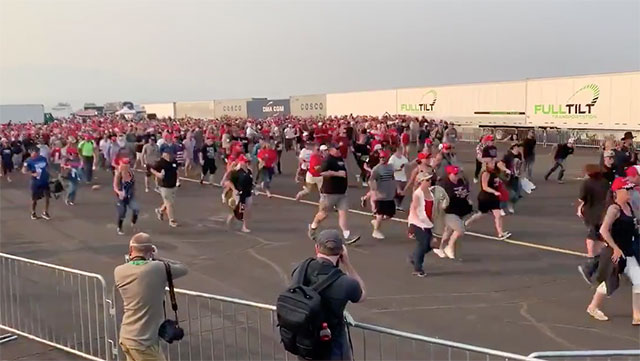 I reported earlier today about Donald Trump’s visit to Nevada over the weekend where he held an indoor campaign rally with a few thousand supporters in violation of the current Nevada guidelines regarding gatherings of more than 50 people.

I just came across this, however, which has to go in the ‘You can’t make this stuff up’ file.

Watch these hundreds of Trump fans race past the barricades (barely a mask in sight) all to the tune of the Village People’s gay anthem, “Macho Man.”

It’s also worth noting that Victor Willis, the only original member of the Village People still with the group, sent a cease and desist letter to the Trump campaign in June asking that the group’s music (Trump also loves using “YMCA” and “In the Navy”).

Just watched a sea of people rush to the front of the barricades ahead of tonight’s rally in Minden, NV. pic.twitter.com/pawt9D2P3Z

• The Village People have had enough of Donald Trump 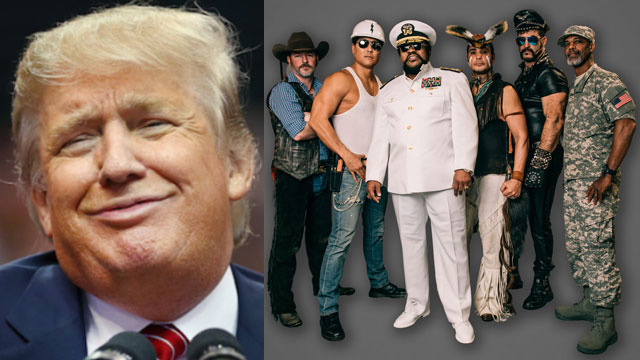 The Village People, whose disco-tastic hits include “In The Navy,” “YMCA,” and “Macho Man,” have given the green light to President Donald Trump’s campaign to use their songs at campaign events even though fans have urged the band to withhold permission.

In a statement posted on their Facebook page, the band shared that they had received “numerous requests” to ban Trump from using their songs, particularly “YMCA” and “Macho Man.”

Noting that Trump recently made his entrance at Sardar Patel Stadium in Ahmedabad, India, on Monday to the 1978 track “Macho Man,” the band told fans they can “no longer remain silent” on the issue.

“Since our music is not being used for a specific endorsement, the President’s use is “perfect[ly]” legal,” read the statement. “He has remained respectful in his use of our songs and has not crossed the line; if he or any other candidate were to use any of our songs in a manner that would suggest our endorsement, or in a promotional advertisement, that would cross the line.”

The Village People also underscored that their music is “all-inclusive and certainly everyone is entitled to do the YMCA dance, regardless of their political affiliation.”

While Trump has been using “Macho Man” at campaign events since 2018, many have noted the irony in the Donald’s usage of the gay anthem considering his unceasing attacks on the LGBTQ community since he took office.

Just a few of the attacks include the president’s anti-transgender military policy, which prohibits transgender people from serving in the U.S. armed forces; the administration’s proposed policy to allow religiously affiliated businesses to turn away LGBTQ people; and attempts to discharge HIV+ soldiers who are healthy and able to serve.

Plus, according to Lambda Legal, Trump has nominated dozens of circuit court judges who have demonstrated anti-LGBTQ bias in their careers.

While the Village People are cool with Trump using their music, other artists, including Adele, Rihanna, R.E.M., Aerosmith, and Queen, have publicly demanded the Trump campaign stop using their music at his events.

Trump enters India’s rally to the song Macho, macho man by the Village People? Don’t they know it’s a gay song???? And what happened to the 7 million people he said would welcome him in the streets?

I find it amusing beyond description that trump entered the stadium in India to the song Macho Man blaring from the sound system. The very stable genius doesn’t realize the song is a gay anthem. With his obvious disregard for gay rights, it’s another sign of his ignorance.

Yuppers. I guess trump doesn’t realize the Village People were a campy gay group giving a winkie to those in the know. Hello! YMCA, In the Navy, Macho Man. Too funny. 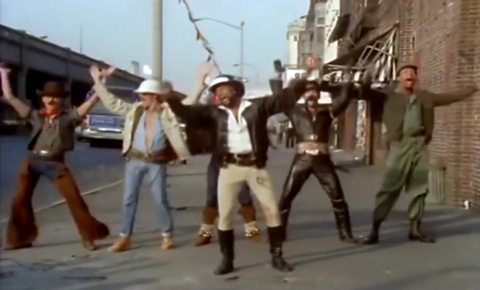 This YouTube artist takes music video and drops the music track to replace the sound what he “thinks” would have been the actual sounds while recording.  I think the Cowboy’s mumbling to himself is my favorite here.

I’ve previously posted his “Dancing in the Streets” with David Bowie and Mick Jagger. 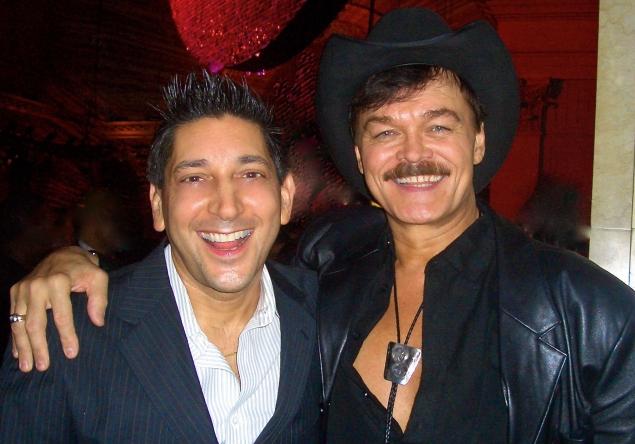 Disco legend Randy Jones, of the Village People, is rounding up friends and family in Manhattan to legally wed longtime partner Will Grega, a software developer and composer, during three days of festivities, the couple said in a press release.

The grooms symbolically wed in New York in 2004, but gay marriage wasn’t legal in the state at that time.

No word on whether the couple will “Go West” for their honeymoon or just head down to the “YMCA.”