• A New York City pastor is accused of scamming over $600,000 from two charities that help HIV+ drug addicts

• Kevin Spacey resurfaces for an impromptu performance in Italy 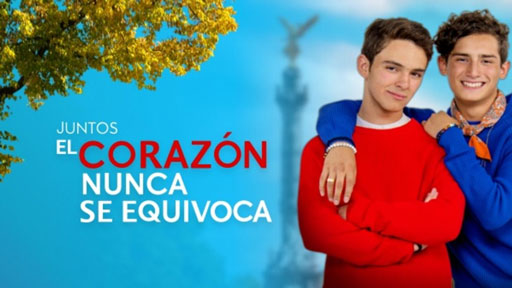 The coming of age series is a spinoff of Juan Osorio’s popular telenovela “Mi Marido Tiene Más Familia” (My Husband Has More Family) and follows the fan-favorite love story of Aristoteles and Cuauhtémoc (Temo), better known as their couple name “Aristemo.”

Loyal fans flooded social media in support of the spinoff, with the #Aristemo trending worldwide on Twitter and Instagram.
Many viewers express that the young couple has inspired them to embrace their identity with a sense of confidence, happiness, and encouragement.

In “El Corazón Nunca Se Equivoca,” the storyline centers around the young couple as they move to Mexico City to attend college.

Aristótles, played byEmilio Osorio, is ready to begin his music career and his communication studies, while balancing his influencer status and his personal relationship.
Temo, played by Joaquin Bondoni, wants to be a politician despite the prejudice that he might encounter.
Their love will be put to the test as they create new friendships and overcome the challenges of being gay in Mexican society.

Praised for their positive LGBTQ+ portrayal, the duo has received a GLAAD Media award and an E! Online’s “TV’s Top Couple” award.

Republican front runner Donald Trump and Spanish language network Univision have come to a meeting of the minds regarding ongoing litigation between the two over the network’s move to not air the pageant last year.

Univision made it’s decision after Trump called hispanics “drug addicts” and “rapists” during his campaign launch.

Trump had sued the broadcaster for $500 million after it severed ties with the businessman and refused to broadcast the pageant. The terms of the settlement were confidential, according to a news release.

“I have known Univision’s President and CEO, Randy Falco, for more than 20 years and I’m glad we are able to put these differences behind us,” Trump said in a statement.

Falco had a similar response.

“I have known Donald Trump for many years in both a personal and professional capacity and we are pleased to settle this matter and move forward,” he said in a statement. 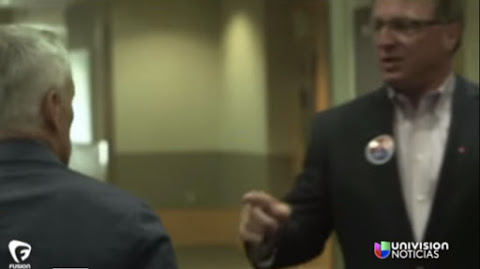 Moments after 2016 GOP hopeful Donald Trump booted Univision anchor Jorge Ramos out of his press conference yesterday, a Trump supporter confronted Ramos in the hallway outside the presser.

Man: “This is not about you. Get out of my country.”

Man: “Well, whatever. Univision, no. It’s not about you.”

Ramos: “It’s not about you. It’s about the United States.”

Imagine as a U.S. citizen being treated and spoken to like that because of the color of your skin.

These are the people who are so “passionate” about a Trump presidency.