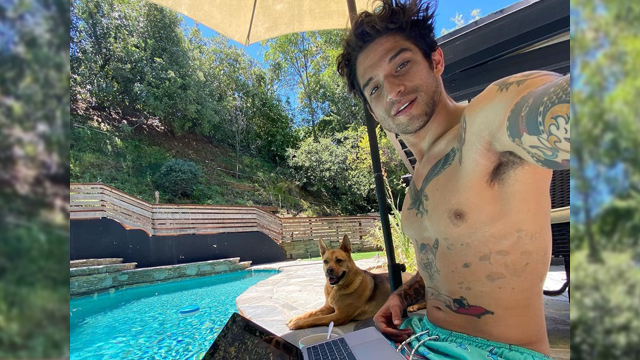 • NME: Former Teen Wolf star Tyler Posey says he’s still figuring out his sexuality. “I’ve been with everybody under the sun, and right now I’m in the best relationship that I’ve ever been in with a woman, and she’s queer too. She’s helped me realize that I fit under the queer umbrella and that I’m sexually fluid, I guess.”

• them: Around 1,000 people made history this week by taking part in the first-ever Pride event at one of America’s most conservative Mormon colleges. On Monday, current and former students of Brigham Young University (BYU) gathered at Provo, Utah’s Joaquin Park before walking a mile to Kiwanis Park, a grassy expanse just east of campus.

• Instinct Magazine: Gilead Sciences is looking to get its ‘once every six months’ HIV inhibitor injection, Lenacapavir, approved by the FDA.

• The Advocate: Sha’Carri Richardson, who made headlines recently for thanking her girlfriend after qualifying for the Olympics, will now miss at least part of the games due to a positive marijuana test.

USA’s Sha’Carri Richardson won’t be allowed to run in the Olympic 100-meter race due to a one-month ban for a positive marijuana test, but she could compete in relays pic.twitter.com/UpqEguoT2f

Just months after launching an OnlyFans account, actor Tyler Posey (Alone) says the experience has been “bizarre” and “draining” (no pun intended).

“It’s really, sort of mentally draining,” Posey shared in an interview with E!’s The Rundown.

The 29-year-old added, “I just want to be artistic and stay in touch with my fans.”

Posey launched his OnlyFans account in September 2020 in part, he says, because he wanted to start embracing his body.

“I’m nude a lot and I wanted to be more open-minded about social media, so I just started posting,” he told his ex-girlfriend Bella Thorne in a candid video chat.

“I love being nude because… you’re not born wearing clothes, so I want to go out the same way that I came in,” he continued. “I want to die naked, and since 2020 has been a little scary, I feel I could die any second now, so I want to be ready.”

That said, Posey does have boundaries when it comes to sharing his nakedness. “If I’m going to be somewhat nude, I want to not take myself seriously and be kind of funny.”

“I just can’t pose naked and take myself seriously,” he added. “It’s weird, it feels stupid, I feel like an object. I’m still figuring out my footing in it and we’ll see where it goes.”

The former Teen Wolf star also shared in the new interview that he’s explored sexual role-play as a way to gain confidence in the bedroom but it usually leaves him “self-conscious and a little embarrassed.”

“It’s never been done for me, it’s always been done for my partner,” he said. “So I’m not always wanting to role play that hard, but I’m always down for it.”

Speaking of being down for things, last fall Posey opened up to his social media followers explaining that he considers himself somewhat pansexual and “has hooked up with guys.”

He explained his coming out in an interview on SiriusXM’s The Jason Ellis Show.

“I woke up one morning and I saw all this stuff on Instagram about these transsexual women who were being beaten and harassed, and there were a bunch of people that were filming the whole entire interaction and laughing at them,” Posey told Ellis.

“Originally I was just shedding light on that, through whatever way that I could,” he added. “And, then I was hit with wanting just to come out myself with that whole thing and be honest about it.”

A few days later, Posey was even more forthright during a Q&A with his OnlyFans followers. Let’s hear it for brevity! 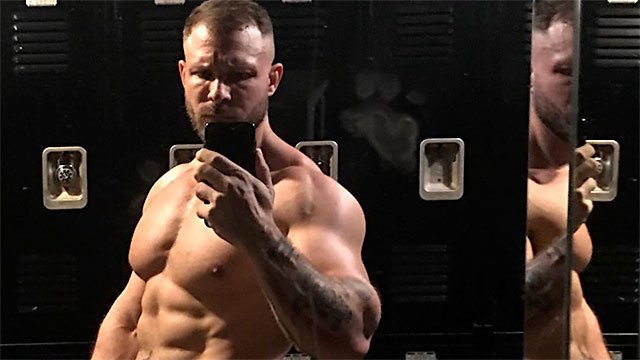 • Austin Wolf definitely has the “gym selfie” thing down. END_OF_DOCUMENT_TOKEN_TO_BE_REPLACED 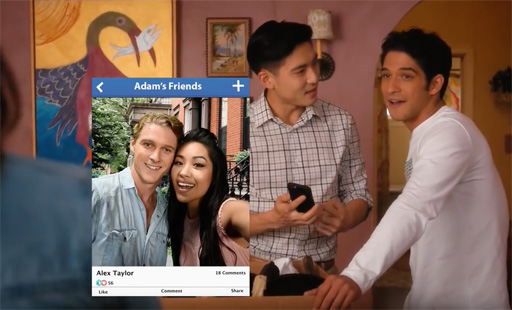 While television has made strides in its depiction of gay characters, lesbian characters, and even transgender characters, one sector of the LGBT universe that doesn’t get much play is bisexual characters – especially male bisexuals.

One of those rare occasions is happening on ABC’s Jane the Virgin where Tyler Posey’s “Adam” recently came out of the closet as bisexual. Posey plays a comic book artist who we found out this week has dated women and men.

Showrunner Jennie Snyder Urman spoke to Variety about the episode:

We had huge discussions about who Adam was before we started breaking stories because we were introducing a character who comes with a lot of history, a lot of weight for Jane, and a lot of narrative propulsive energy for us.

So that was something we discussed and decided on early on. I feel like you see a lot of bisexual women on TV because men think it’s sexy when women make out — so that’s become a little more seen on TV, and we felt like we hadn’t had a romantic hero who’s also bisexual.

Watch the casual revelation as “Adam” comes out below: 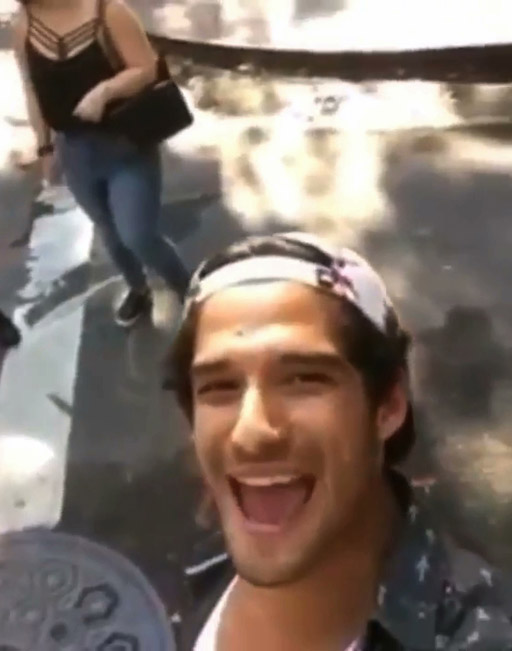 Teen Wolf star Tyler Posey made waves on the world wide web this weekend when he posted a video on Snapchat that seemed to be his coming out to the world.

But, folks were a little disappointed and hurt when his next video showed him pointing to a lamp saying he was a lamp, too.

I’m sure a lot of the young gays out there who look up to Posey were excited there for a moment.

Posey clearly knew he’d crossed a line, so he tweeted the following message in a series of tweets:

“I am a big proponent of love over hate, and standing together during divisive times. Although I’m not gay, I fully support the LGBTQ community. This was a moment intended to reflect that. And everyone, I am truly sorry to the people I’ve offended or lessened how big coming out is. I just want to spread love in this world.”

I am a big proponent of love over hate, and standing together during divisive times.

[Part 2]: Although I’m not gay, I fully support the LGBTQ community. This was a moment intended to reflect that.

And everyone, I am truly sorry to the people I’ve offended or lessened how big coming out is. I just want to spread love in this world. 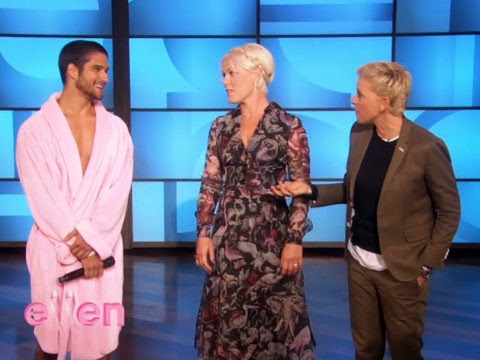 For every person who gets dunked Ulta is making a $10K donation towards Breast Cancer Awareness. 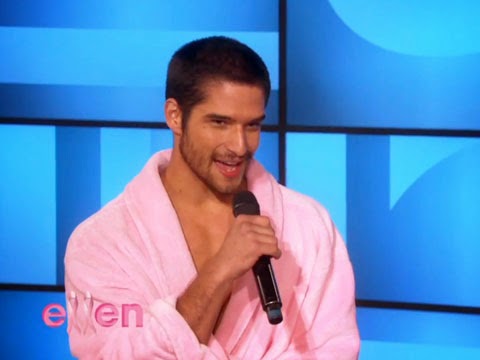