• BBC: Footballer Zander Murray says he has been “blown away” by the reaction to him becoming Scotland’s first senior male player to announce he is gay after he publicly came out last week. END_OF_DOCUMENT_TOKEN_TO_BE_REPLACED 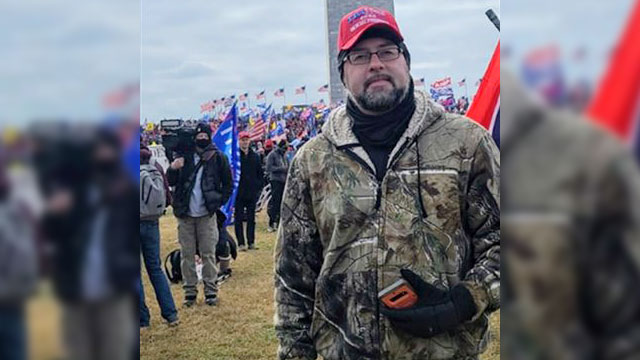 A U.S. Capitol insurrectionist who bragged about stealing body armor, lying to the FBI, breaking into Speaker of the House Nancy Pelosi’s office and stealing items has been released from custody prior to his trial.

Despite the fact that Capitol insurrectionist William Robert Norwood III allegedly stole body armor, lied to the FBI, and “led a pack of rioters through the inner sanctum of Speaker Pelosi’s office space” where he lifted a paper coaster, he has been released pending his trial, according to Department of Justice documents seen by The Daily Beast.

He is charged with two felonies: obstruction of an official proceeding and theft of government property.

Norwood, who goes by Robbie, boasted to family members about assaulting a law enforcement officer, according to court documents. “It worked,” he wrote to family members. “I got away with things that others were shot or arrested for.”

He went on to brag of his bounty. “I got a nice helmet and body armor off a cop for God’s sake and i disarmed him,” he wrote in messages to friends and family. “Tell me how that works.”

Norwood is being released due to his lack of a criminal past.

The Daily Beast had previously reported that Norwood had bragged to his brother that he “fought 4 cops” at the riot after dressing as “antifa” members. “I’ll look just like ANTIFA. I’ll get away with anything.”

He also shared a selfie in a group chat in which he appeared to be wearing a Capitol Police vest. His brother responded: “What the actual fuck is wrong with you?”

South Carolina man charged in Capitol riot bragged he dressed as antifa & fought police.
“I’ll look just like ANTIFA. I’ll get away with anything,” William Robert Norwood III is alleged to have boasted in a text message group chat before the riot: @NBCNewshttps://t.co/Xtbamr9H9z