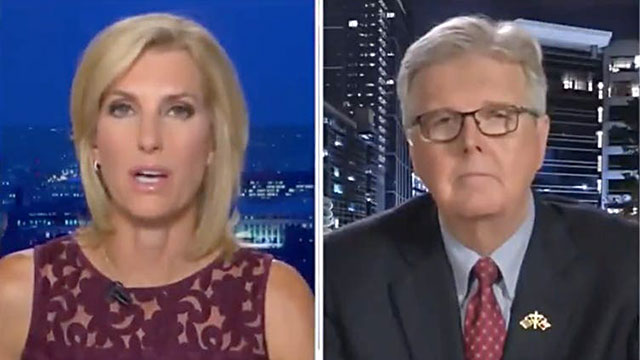 During an appearance on Fox News Thursday night, Texas Lt. Gov. Dan Patrick (R) was asked his thoughts on the surge in COVID-19 cases across the country, and Patrick pointed the finger at Black Americans. END_OF_DOCUMENT_TOKEN_TO_BE_REPLACED 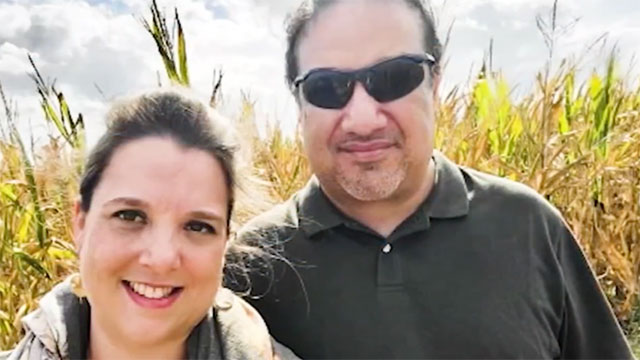 An unvaccinated couple in Texas have both died from COVID-19 leaving behind four children and massive medical bills. END_OF_DOCUMENT_TOKEN_TO_BE_REPLACED 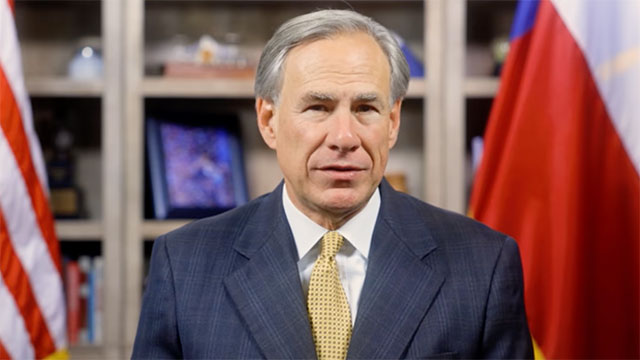 Texas Governor Greg Abbott, who has virulently opposed face mask and vaccine mandates during the coronavirus pandemic, has tested positive for COVID-19. END_OF_DOCUMENT_TOKEN_TO_BE_REPLACED 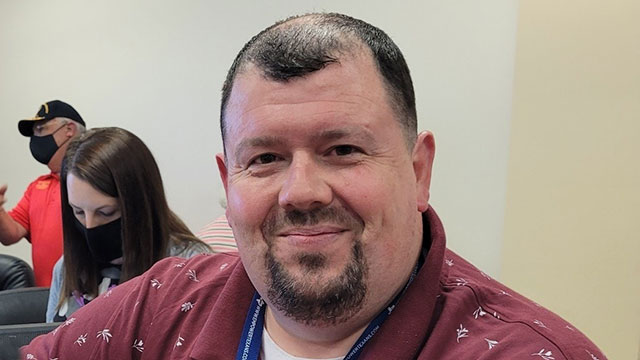 • ABC13: H Scott Apley (above), an anti-vaxxer and a leader in the Texas Republican Party, died just days after being diagnosed with COVID. His wife and 5-month-old son tested positive as well. Apley mocked federal “hand-outs” during the pandemic on social media, so it will come as no surprise friends have set up a crowd-funding campaign asking for $35K for the family. END_OF_DOCUMENT_TOKEN_TO_BE_REPLACED 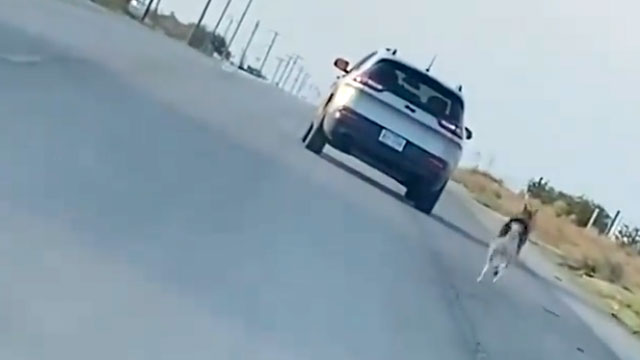 A heartbreaking video went viral last week which apparently captures a 68-year-old Texas man abandoning a 10-month-old Husky pup on the side of a road even as the dog chased his former owners down the road. END_OF_DOCUMENT_TOKEN_TO_BE_REPLACED

Democratic lawmakers in the state of Texas are reportedly leaving the state today in order to break the quorum required to pass new voting laws. The governor had called the special session into order primarily for the purpose of passing the legislation.

Upping the ante in both the legislative fight at home and the national debate over voting rights, most House Democrats are expected to board a flight out of Austin headed for the U.S. capital without a set return date.

At least 51 of the 67 Democratic representatives — the number needed to break quorum — were in the process of leaving, most arriving at Austin-Bergstrom International Airport Monday to board a chartered flight.

The House is set to reconvene Tuesday morning, but the absent Democrats would mean there will not be enough members present to conduct business under House rules.

Texas Democrats are hoping to find some (any) leverage to force their way to the negotiating table as them say they’ve been shut out of drafting of the voting bill.

My Democratic colleagues and I are leaving the state to break quorum and kill the Texas voter suppression bill.

We’re flying to DC to demand Congress pass the For The People Act and save our democracy.

BREAKING: Texas Democrats will leave the state to deprive the Republican-led legislature of the quorum needed to pass their voter suppression bill.

The special legislative session can last 30 days, meaning these Texas Dems will be out of state for weeks.

Texas Democrats are fleeing Texas to continue the fight against voter suppression for Texans.

Texas Gov. Greg Abbott (R) vetoed Senate Bill 474, known as the Safe Outdoor Dogs Act, that would have made it illegal to leave dogs chained up outside without drinkable water, adequate shade or shelter.

Abbott said Texas already has the statutes in place to protect dogs from animal cruelty, and the penalties proposed in Lucio’s bill seemed excessive.

“Texas is no place for this kind of micro-managing and over-criminalization,” he said in the veto statement.

Shelby Bobosky, executive director of Texas Humane Legislation Network, a nonprofit that lobbies in support of animal rights, said the organization’s members are devastated by the veto, and the bill would have “clarified the vague language that makes the statute completely unenforceable.”

Texas, seems like your choices just got a lot clearer, if there were still any doubts. #AbbottHatesDogs #BetoLovesDogs pic.twitter.com/x4T562TpNM

I’m Piper. When I was just a little dog, a mean man beat me and locked me up without food until some nicer people rescued me. Then I found my fur-ever family and now I’m almost 15. But I still don’t like mean men. #AbbottHatesDogs pic.twitter.com/idrSG6cz38

Rescued both these girls from chains last year in Houston and Austin. #Abbotthatesdogs pic.twitter.com/YY33oV2fRf

I have to hand it to the governor. “Anti-voting rights, pro-animal cruelty” is a bold re-election message. pic.twitter.com/bw6JoqC1U2

This was one of 18 dogs chained up in a yard, & he was too scared to go near anyone. Nephew Dylan coaxed him out of his hiding place so a rescue group could take him to a cozier home.
Dogs know who the good people are. #AbbottHatesDogs pic.twitter.com/mFnsezsdym

What kind of person veto’s a dog cruelty bill?

A bill with bipartisan support from both #Democrats & #Republicans, yet Abbot chose to veto. Why? #AbbottHatesDogs. pic.twitter.com/lCRjJ1fEPp

• For the first time in five years, the LGBTQ community not only received full-throated support from the man in the Oval Office, but President Joe Biden, First Lady Dr. Jill Biden and Vice President Kamala Harris all issued video greetings to LGBTQ Americans for Pride Month 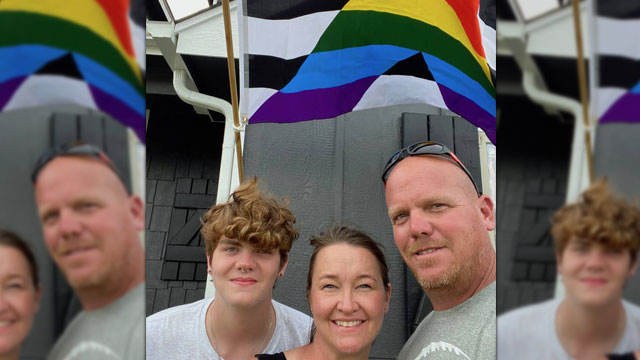 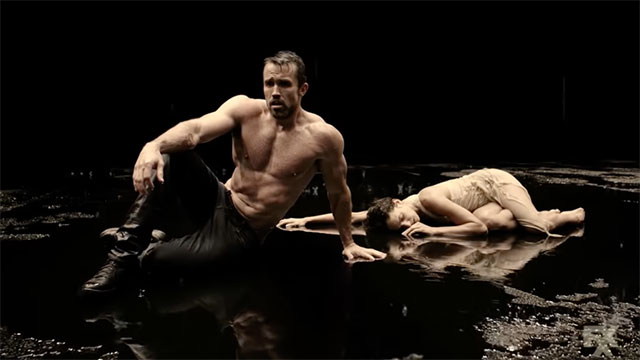 • Gallup Polling: U.S. support for legal same-sex marriage continues to trend upward, now at 70% – a new high in Gallup’s trend since 1996. This latest figure marks an increase of 10 percentage points since 2015, when the U.S. Supreme Court ruled that all states must recognize same-sex marriages.

• Gothamist: Governor Andrew Cuomo announced today that the vast majority of New York’s coronavirus restrictions and safety measures will be lifted once 70% of adults have received at least one dose of the COVID-19 vaccine—which he estimated could happen within the next two weeks.

• Washington Blade: An East Texas bakery shared a photo of rainbow Pride cookies on Facebook and immediately got slammed with homophobic hate including customers cancelling huge orders. But by the next morning, the owners were deluged with orders offering to buy the cancelled cookies and a line of customers down the block buying out the entire bakery in a show of support.

• NBC4i: An anti-vaccine physician told Ohio lawmakers Tuesday that COVID-19 vaccines can magnetize people. “I’m sure you’ve seen the pictures all over the internet of people who have had these shots and now they’re magnetized. They can put a key on their forehead. It sticks.”

• NBC News: Wisconsin pharmacist Steven Brandenburg has been sentenced to 3 years in prison after pleading guilty to destroying 500 doses of COVID-19 vaccine in January. Brandenburg admitted he removed doses of Moderna vaccine from refrigeration storage overnight knowing it would render them ineffective.

• Buzzfeed: Check out this list of 33 great LGBTQ-themed shows to watch on Hulu for Pride Month like Love, Victor or that awesome coming out dance sequence on It’s Always Sunny in Philadelphia (top image).