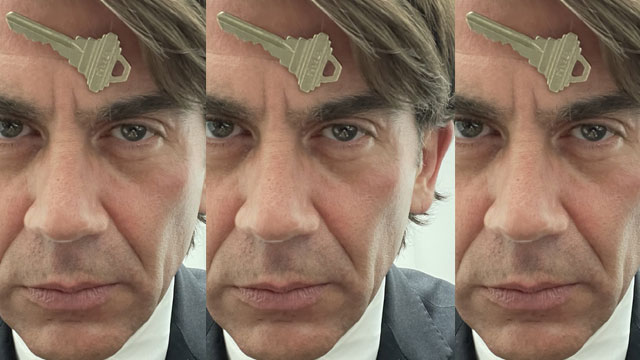 Dr. Sherri Tenpenny, Doctor of Osteopathy, testified on Tuesday at an Ohio state House Health committee hearing in favor of a bill that would prohibit Ohio schools or businesses from requiring vaccines.

“I’m sure you’ve seen the pictures all over the internet of people who have had these shots and now they’re magnetized,” Tenpenny told the Ohio House Health Committee. “They can put a key on their forehead. It sticks. They can put spoons and forks all over them and they can stick, because now we think that there’s a metal piece to that.”

She added that there are “people” who believe the vaccines have an “interface – yet to be defined” with 5G cell phone towers before quickly adding, “not proven yet but…”

So, first of all, there’s no metal in COVID vaccines. Second, the good doctor offers no ideas as to HOW mRNA interfaces with a cell phone tower.

Does she think it requires an app like Scruff or something…?

To give you an idea of how ‘accurate’ her claims are, Tenpenny tried to bolster her bona fides by saying she’s spent up to 10,000 hours studying vaccines since the pandemic began.

The only problem with that is there have only been something like 11,000 hours since the beginning of the pandemic in the U.S. So, she would have been “studying” vaccines 22 hours a day, every day, since March 2020.

By the way, experts have already debunked the hilarious “COVID-19 contains magnets” myth:

Debunking the “COVID19 vaccine contains a magnet” myth. Was vaccinated in December 2020 & January 2021.

But this woman, who followed Tenpenny, really put the nail in it when she tried to ‘prove’ the magnetic theory – #epicfail:

Wow. An anti-vaccine nurse in Ohio tried to prove the Vaccines Cause Magnetism theory in an state legislative committee. The demonstration did not go to plan pic.twitter.com/0ubELst4E8

In any case, Twitter thought Tenpenny’s thoughts were about nine pennies short of having any good sense.

After ‘Magneto’ began trending on Twitter, we took a look to see what folks thought of the theory:

Anti-vaxxers: "Vaccines will turn you into Magneto."

As someone who got the vaccine and has yet to transform into Magneto I am outraged. https://t.co/HfH1xad1FB


Many people got excited thinking the Marvel villain ‘Magneto’ was trending because the new series ‘Loki’ debuted on the same day. Folks were pretty bummed that wasn’t the case.

I thought Magneto was trending because he made an appearance in #Loki, but no it’s because this crazy lady claims vaccines and 5G towers are turning people into mutants.

When you think Magneto is trending because of Loki but it turns out to be because Vaccines cause you to become magnetic: pic.twitter.com/IGuemsUEi8

She’s right. This is a photo of me having a magnetic attack after being vaxxed. My friends joke and call me Moderna Magneto but it’s not funny. pic.twitter.com/O8uOWnvok4

This has got ridiculous. I can hardly work at my desk anymore! pic.twitter.com/TTwS4WhFhA 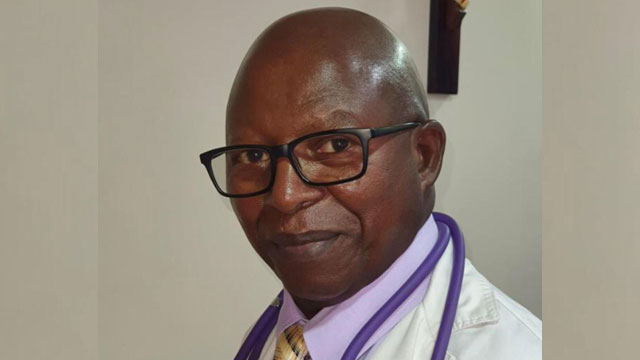 A doctor in Kenya who virulently opposed the use of COVID-19 vaccines has died from the virus just weeks after calling the shots “totally unnecessary.”

Health authorities and the World Health Organization (WHO) rejected his claims.

“[The vaccine] being distributed in Kenya, has been reviewed and found safe not only by the WHO rigorous process but also by several stringent regulatory authorities,” the WHO said in March.

In a letter dated 3 March Dr Karanja said that “there are drugs that have been repurposed and used effectively to treat Covid-19,” adding that “we also know that vaccination for this disease is totally unnecessary making the motivation suspect.”

I don’t celebrate the death of any man, but this is would seem to be yet another lesson to those who continue to fall for or espouse anti-vaccine propaganda.

As a human being, I’m sorry for his death and wish his family peace.

With that said, there is no measuring the extent of the harm his message caused, or how many became ill and/or died because they trusted his opinion and heeded it. Not a good man.

Sad story – but how did he become a doctor with such a poor understanding of science ? Vaccine efficacy is not ambiguous.