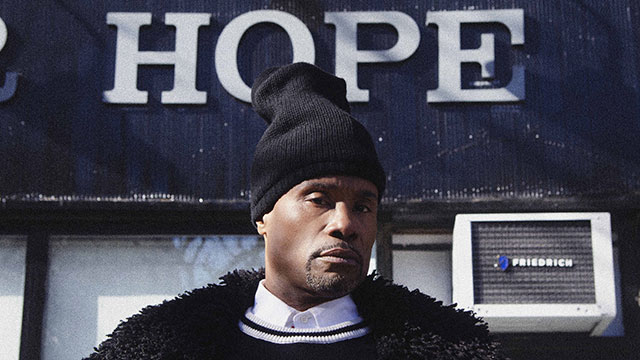 “I decided to record ‘For What It’s Worth’ because I wanted to have my art and my music matter, make a difference,” Porter said in a statement. “I’ve always been a political person. I come from the generation where the music reflected what was going on in the world, in the day. The song was written and performed sort of during the Civil Rights Era, the Vietnam War, it was protest music and I wanted to have a hand in bringing that back and speaking truth directly to power.”

Porter has re-imagined the folk-rock classic adding a soulful spin that rocks out as much as it “grooves out.” Porter’s innovative take finds him laying down multiple vocal parts that build to an uplifting crescendo that takes the iconic tune into new territory.

“I am both proud and delighted that Billy Porter is covering my song: ‘For What It’s Worth,”’ said Stephen Stills. “For many years no one tried to ‘make it theirs’ as covers are supposed to do. That an artist of Billy’s caliber has chosen to add his flourish to my song from so many years ago is totally in keeping with what I intended.”

“One of the heartening things that I’ve seen during the Coronavirus outbreak is how we’ve all banded together. Everyone doing their part, checking on each other, using technology to connect with one another,” said Porter. “I think the messages in ‘For What It’s Worth’ are so relevant now. It’s a song about unifying and coming together to make a change.”

And speaking of change, Porter is also keeping an eye on November when U.S. citizens will be voting for a new president.

“While we’re all stuck at home, now is a great time to make sure you’re registered to vote,” he said. “The election is comin,’ y’all. Let’s get ready and stay ready.”

“For What It’s Worth” is the follow-up to Porter’s recent single, “Love Yourself,” which hit #1 on the Billboard Club Play Songs Chart in summer of 2019 and was timed to World Pride/Stonewall50.

The video for “Love Yourself” was a celebrity lip-sync extravaganza featuring cameos by Porter’s Pose co-stars along with Cyndi Lauper, Kelly Ripa, Debra Messing, Lin Manuel Miranda, and designer Christian Siriano, among many others. 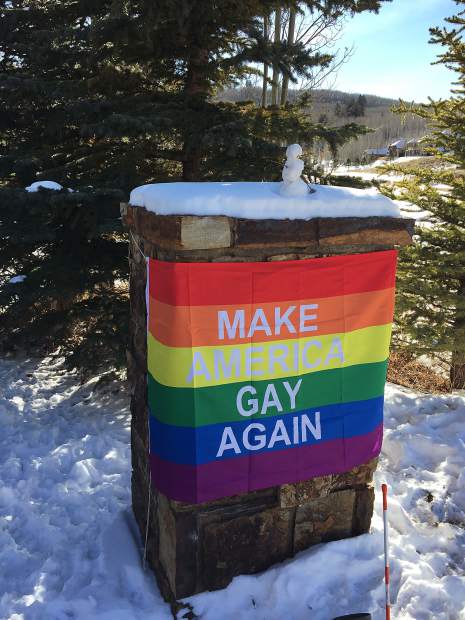 Vice President Mike Pence surely got the message posted on the mailbox next door to the home he’s vacationing at in Aspen, Colorado.

And that message was, “Make America Gay Again.”

Neighbors of the home near Aspen where Pence and his wife, Karen, are staying posted the message Wednesday or Thursday on a stone pillar that sits at the end of driveways to both homes, Pitkin County Sheriff’s Deputy Michael Buglione told the Aspen Times.

Pence, a well-known homophobe who has fought LGBT rights for years, has described himself as a “Christian, a conservative and a Republican, in that order.”

A) It’s #FABULOUS #Protest 🏳️‍🌈
B) LGBTs are in #fact 10% of the pop. You think the Bible is fact so… 😂
C) We ARE born this way 😎
D) Make America Gay Again is a parody. (A 6th grader could grasp that. Sorry you failed elementary school.😢) 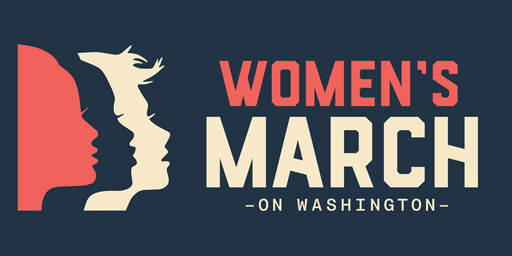 If you can’t take part in the Women’s March on Washington today, where folks of all stripes will take a stand for the rights of all Americans, you can watch via the live stream below.

Tens of thousands of people are expected to gather in the nation’s capital for a peaceful gathering to “promote women’s equality and defend other marginalized groups.” Additionally, there are over 600 sister events occurring worldwide as well.

Today’s rally in Washington begins at 10AM and ends at 1:15PM. 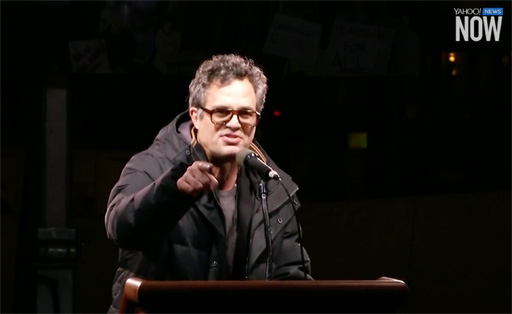 Thousands showed up last night in front of Trump Tower in New York City to protest in anticipation of the Trump administration.

Celebrities who oppose Donald Trump are not sitting out this Inauguration. The night before Trump is to be sworn in as the 45th president of the United States, A-listers came out in droves for the “We Stand United” rally in New York City. 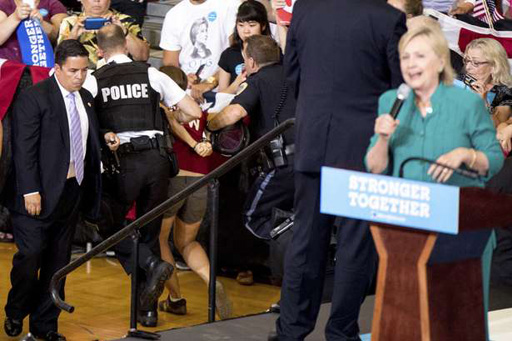 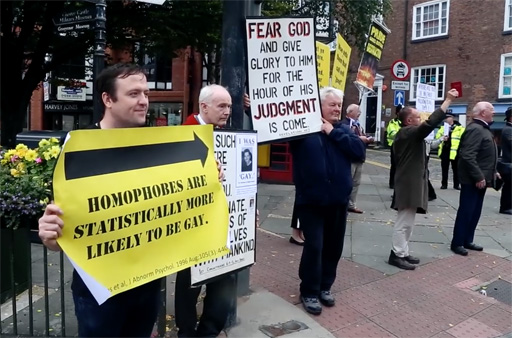 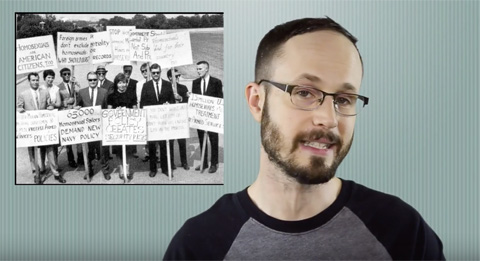 And sometimes they target powerful people who already agree with the protestors! What’s the point of that?

Well,  there is a point, and Matt gives you the skinny on why the squeaky wheel gets the oil. And we sometimes need the “oil” to get things unstuck.

The person who shared this on Twitter says this is NOT parody. These are real protesters. 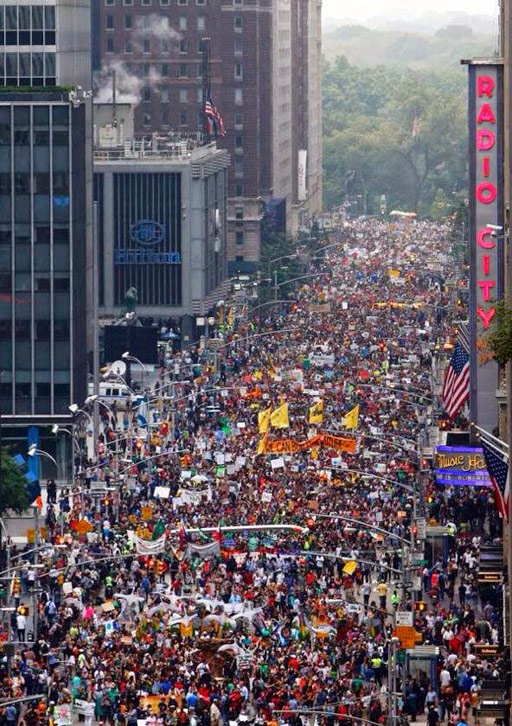 Ahead of this week’s United Nations Climate Summit, over 300,000 people from around the world marched through Manhattan to bring awareness to the growing concerns for man’s affect on the environment.

The next time someone tells you “no one cares about climate change,” show them this picture. 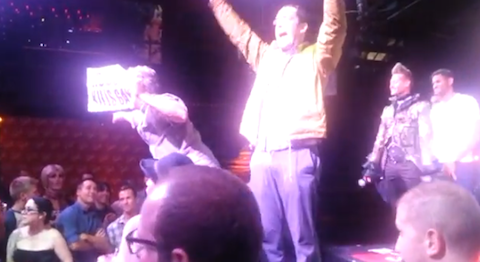 This happened last night in NYC at Marquee.

The poster of the video writes:

I love how the host says, “We are very lucky to live in a country where we can speak freely” – as we are being dragged out and roughed up by security. And of course, gays in Russia have no such rights.

He follows is with this ridiculous statement: “And one of the things we are celebrating tonight is the passion that is the Stoli brand, and that is passion.” Say what?