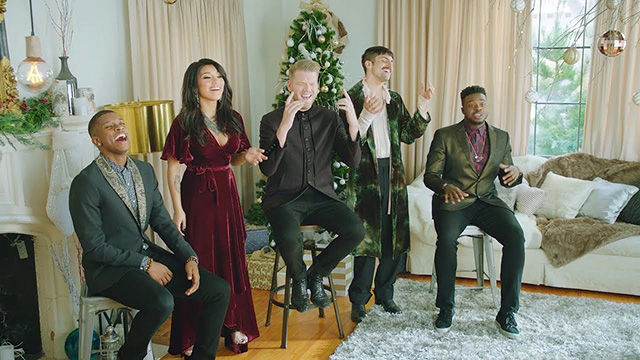 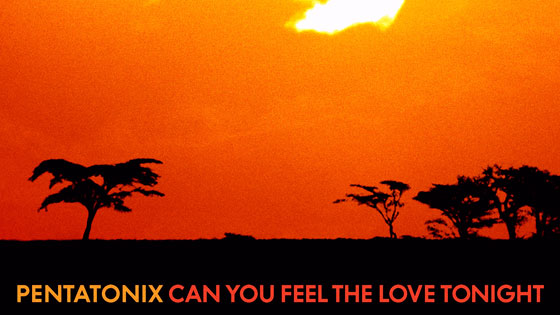 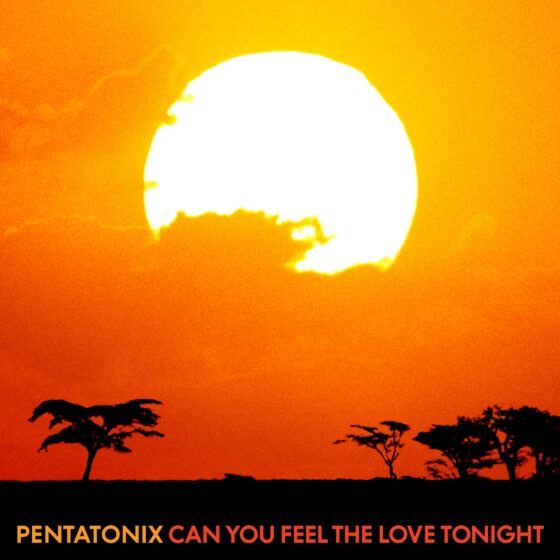 Randy Report favorite Pentatonix serves up elegant musical magic with their cover of “Can You Feel The Love Tonight?” from Elton John’s The Lion King.

Hit play and let the music take you there. 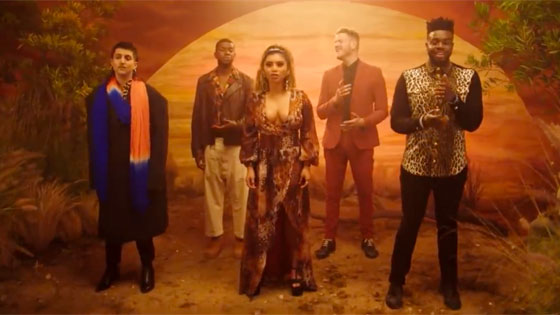 The track is available on iTunes, Amazon and all digital download sites.

Check out my previous posts on the talented group here. 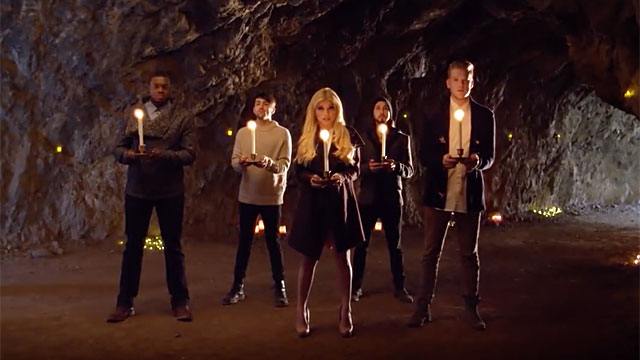 Their take on the holiday classic “Mary Did You Know” gives each vocalist — Mitch Grassi, Scott Hoying, Avi Kaplan, Kirstin Maldonado, and Kevin Olusola — a moment to shine in a soaring arrangement that manages to be both chilling and emotionally daring at the same time.

This track is from their Christmas album, That’s Christmas To Me.

As I share holiday music on The Randy Report, I’m now curious as to what your favorite tracks/songs are?

Leave your fave in the comments below and I’ll feature it on The Randy Report. 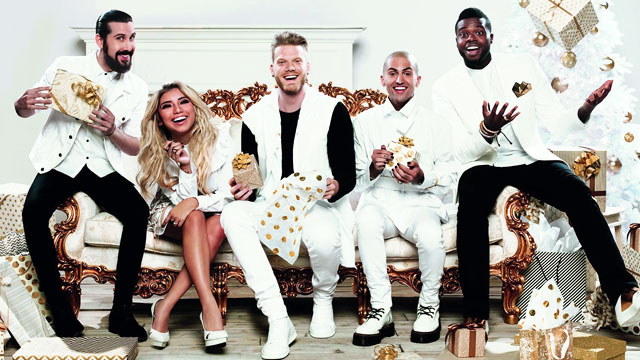 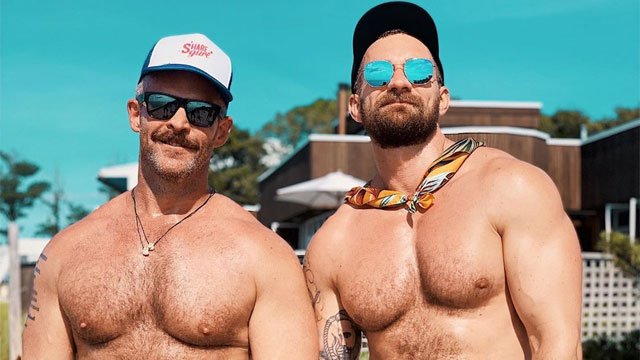 • InstaHunks: Woofy Brett Miles and Alex Abramov (above) have their Halloween costumes down. They’re dressing up as….Fire Island gays! #TheyConvincedMe

• NewNowNext: Megan Mullally will miss two episodes of the final season of Will & Grace giving more fuel to the rumors of a feud with Debra Messing.

• Washington Examiner: A reporter at the conservative newspaper got a call from White House counselor Kellyanne Conway. It didn’t go well.

• Variety: Colin Firth and Stanley Tucci will play a gay couple on a road trip in Supernova, a romantic, modern love story that “follows two people who are bound together by their love for each other but being pushed apart by the situation they find themselves in.”

While a Beach Boys song may not immediately ring Christmas bells in your head, ever since the tune was used in the closing credits of the uber-romantic Love Actually (2003), folks consider it a holiday-appropriate tune. I find the new version refreshing & sweet. Hit play below. 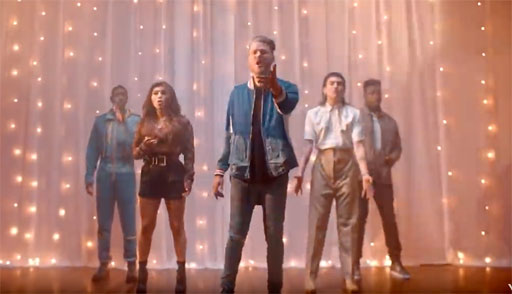 Grammy Award winning vocal group Pentatonix serves up their take on “Waving Through a Window” from the hit Broadway musical Dear Evan Hansen.

The multi-platinum selling group has dipped its toes in the Broadway catalogue a few times.

The song has been covered by several pop stars since Dear Evan Hansen’s debut, including Katy Perry and Rachel Tucker. 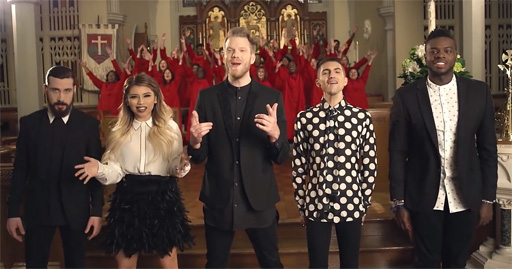 From the awesome holiday CD – A Pentatonix Christmas.

If you don’t like this, you may be dead. 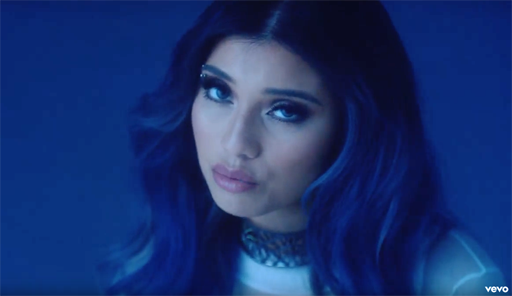 Going by the moniker ‘kirstin’ on this solo venture, the singer/songwriter thinks of the track as “the anthem for everyone.”

“I always see people being really shitty on social media and just hate on each other whether it’s because of who they love or who they identify as or people being just so dumb or mean or hateful for no reason,” Maldonado recently told HuffPost.

Speaking as a Mexican-American LGBT ally whose Pentatonix band mates are queer pop artists Mitch Grassi and Scott Hoying, she adds,  “It’s important to accept yourself and believe in who you are and not let all that hateful talk bring you down and ruin how special each person is.”

The video pairs cyber-bullying and messages of hate (“faggot,” “slut,” “why don’t you die”) against a backdrop of stormy, turbulent weather.

Maldonado says the song is a meditation on her own life experiences and perspective gained from watching how others treat her friends.

“I love being able to fulfill such a huge and special part of myself with Pentatonix,” she says, “But there is still so much more to me that, honestly, people don’t get to see because we’re in a group.”

We see you, kirstin, and we definitely like what we see. 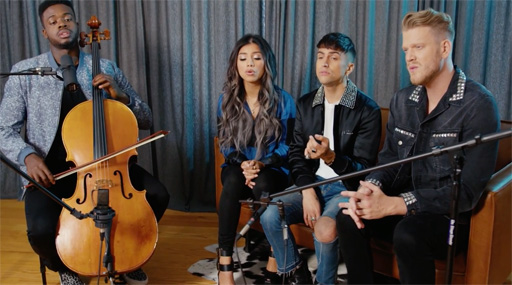 Pentatonix‘ latest musical gem is this cover of Robyn’s “Dancing On My Own.”

Feels like the song holds a personal meaning for the quartet as this is the first music released by Pentatonix since member Avi Kaplan announced his decision to “step back” from the group. 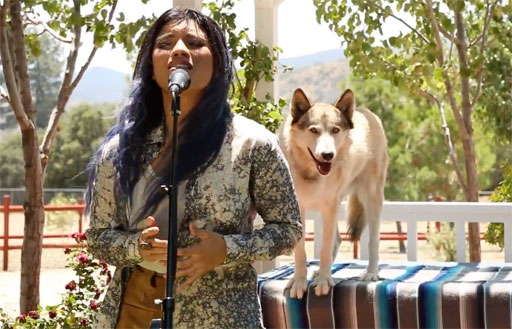 Maldonado goes by the single name Kirstin for her solo projects, and she also departs a bit from the sound of her hit singing group. Whereas Pentatonix creates in a millennial-inspired a cappella space, Kirstin’s solo sound embraces a decidedly electronic-pop mode.

That said, while I really enjoy her EDM-pop inspired version of “Break A Little,” (recently performed live on The Today Show) I was struck by the open, breezy acoustic version here.

The acoustic music video was shot at the Shadowland Foundation – a non-profit organization dedicated to educating children of all ages about wolves and their contribution to the environment.

Kirstin, a native of Fort Worth, Texas, (my hometown, by the way) began singing at just 8 years old, and hit the big time when she teamed up with her fellow Pentatonix members to compete to great acclaim on the 2011 season of The Sing-Off.

It was just last year she began spinning off to solo side-gigs which has now culminated in the release of L O V E.

The official music video can be found here.