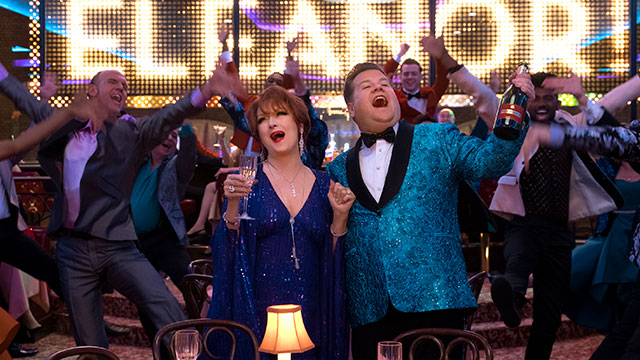 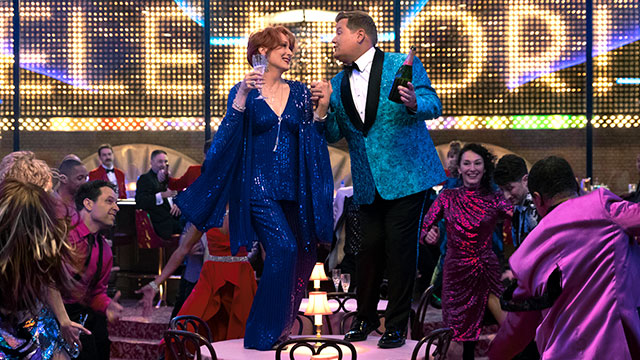 At the same time, high school student Emma Nolan (Jo Ellen Pellman), in small-town Indiana, has been banned from bringing her girlfriend, Alyssa (Ariana DeBose) to prom even though she has the backing of her principal.

When Dee Dee and Barry decide that Emma’s predicament is the perfect cause to help resurrect their public images, they hit the road with Angie (Kidman) and Trent (Rannells), another pair of cynical actors looking for a professional lift.

But the quartet finds, as often happens on the silver screen, that self-absorbed celebrity activism can backfire, leaving the four thespians in chaos even as they struggle on to give Emma a night where she can truly celebrate who she is.

The film’s sweet, teenage love story is balanced by big, splashy production numbers. And let’s face it – does anyone do over-the-top egocentric character roles better than La Streep?

The stage production of the musical opened in November 2018 to rave reviews winning the Drama Desk Award for Outstanding Musical.

When the Broadway cast appeared on the Macy’s Thanksgiving Day Parade that year, the performance featured the first-ever same-sex kiss in the history of the annual event.

And the show went out with a bang with two same-sex members of the production exchanging vows onstage right before closing night.

The Prom arrives on Netflix and in theatres on December 11. Watch the trailer below. 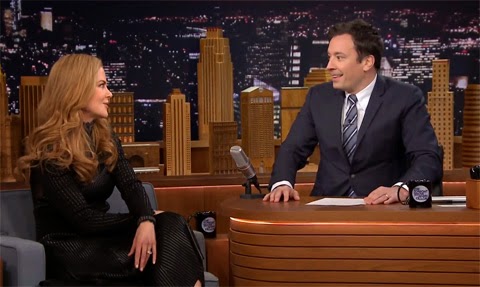 Recalling how they met 10 years ago, Jimmy Fallon tells how a mutual friend called to say he was bringing Nicole Kidman by his NYC apartment. Fallon provided the brie and video games thinking it was a meeting for a possible movie role in “Bewitched.”

Turns out, via Kidman, that the “meeting” was a kind of “hang/first date.” Fallon loses his mind in realizing that he went on a date with Nicole Kidman and didn’t know it.

Kidman: “After about an hour-and-a-half I thought, ‘He has no interest, this is so embarrassing.’ And then I left and went, ‘Okay, no chemistry.’ And then I was like, ‘Maybe he’s gay?’”

Check out below. One of the better clips from The Tonight Show lately.