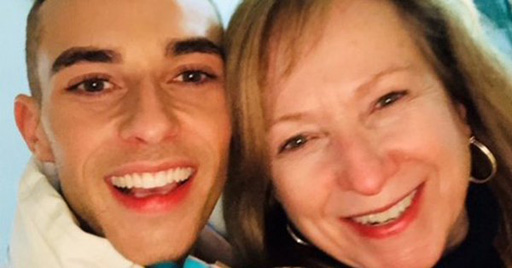 With  LGBTQ youth still facing inordinately high rates of bullying, anxiety and depression today, no one is a more relentless protector than a mom.

So just in time for Mother’s Day, the Human Rights Campaign has announced a new “Moms for Equality” campaign featuring mothers of famous LGBTQs urging their fellow parents and allies to join the fight for equality.

“Everyone, LGBTQ or otherwise, should get to live as freely as Adam does –– and, as one of HRC’s Moms for Equality, I’m committed to making that happen,” says Kelly Rippon, mother of out Olympic bronze medalist (and “America’s sweetheart”) Adam Rippon.

“This whole campaign has become such a family affair. All of us are in this fight for LGBTQ equality for Adam, of course, but also for all those young people like him who haven’t had an easy time openly being themselves,” added Rippon. “They need allies to support them, now more than ever!”

“At 20, Sam came out proudly as a gay man: to us and to a world where some still hate you just for being different. Ten years later and that hate seems to have only gotten stronger,” says Oscar winner Sally Field writes in a touching tribute for the “Moms for Equality” campaign. “But with you, we can help stop hate in its tracks.”

“It’s on us to change the world for these kids and make it a better place. Just like my Ellen did 21 years ago and continues to do to this day,” says Betty DeGeneres, mother of Ellen DeGeneres. “I’m a proud Mom for Equality and a longtime member of HRC.”

Jodie Patterson, recently named one of “The 20 Most Influential Moms of 2018” by Family Circle magazine, shares, “As a mom, I’ve always wanted to fix things. But, as I soon realized, there wasn’t anything about Penelope that needed fixing. He, like every transgender child, was simply announcing to me and to the world how he truly saw himself.

“He was boldly claiming his identity,” said Patterson. “I joined the fight for transgender equality that very day and I’m here, seven years later, to keep that fight going as one of HRC’s Moms for Equality!”

Limited edition “Fight Like A Mother” t-shirts are available to those who join the campaign through Mother’s Day.

Dedicating #InternationalWomensDay to these power women I'm lucky enough to call family. (And obviously @sashafoxyy, who's not pictured!)A photo posted by Vanessa Williams (@vanessawilliamsofficial) on Mar 8, 2016 at 4:56am PST