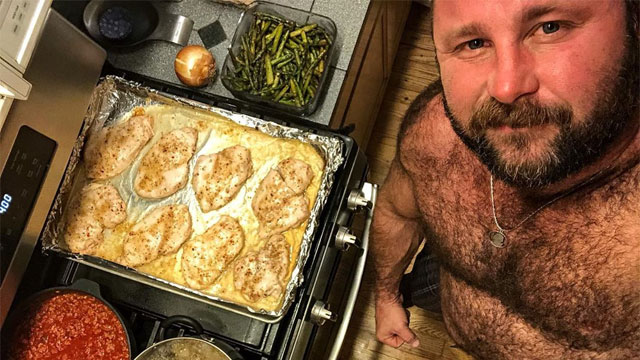 • InstaHunks: Gymbear Wes Dupee gets his food prep on (above). Readers – how many of you have a weekly food prep schedule? Do you get tired of the same food, or is it the convenience you like?

• IOM Today: A gay man was beaten in a late-night encounter when an older man mistakenly thought he was flirting with him. The victim says he feels lucky he didn’t lose any teeth.

• Netflix: The streaming giant’s latest queer comedy series, Feel Good, stars Mae Martin as herself, a Canadian comedian living in London, navigating a relationship with her new girlfriend, George and dealing with sobriety. Did I mention the awesome Lisa Kudrow plays Martin’s mother? #squeee! The six-episode first season of the dark comedy drops March 19 on Netflix.

• OUT: ‘Over-aggressive anti-spam settings’ temporarily prevented some users from logging into their accounts on the bear-centric dating app Growlr causing users to believe they had been suspended. #DontPokeTheBears

• NBC News: Sen. Bernie Sanders has jumped out to a 12-point lead in the Democratic presidential contest after his victory in New Hampshire’s primary and his second-place finish in Iowa while former Vice President Joe Biden has seen his support drop by 11 points since his disappointing finishes in both contests, according to an NBC News/Wall Street Journal poll released Tuesday. 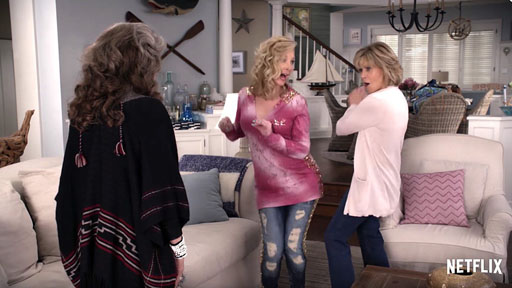 The new trailer for the upcoming Season 4 of Netflix’s Grace and Frankie features the terrific Lisa Kudrow joining the antics of the award-winning series as Grace’s long-time manicurist.

I’m definitely getting a warm and fuzzy “Phoebe” vibe from Kudrow here, and that’s a good thing 🙂

Showrunner Marta Kauffman shared recently that the new season will address the women facing the issue of aging.

And then this happened. #TBBT #friends
A photo posted by Johnny Galecki (@sanctionedjohnnygalecki) on Jan 24, 2016 at 9:58pm PST

We have our first picture of the much-ballyhooed “reunion” of the cast of FRIENDS thanks to “The Big Bang Theory” star, Johnny Galecki, who posted the above to his Instagram.

The “Friends” cast was on hand for an NBC special to honor legendary TV producer and director James Burrows, who directed 15 episodes of the hit show from 1994 to 1998.

The only “Friends” cast member missing was Matthew Perry, who has been rehearsing a play in London. Though Perry wasn’t there, he will introduce the cast in the NBC special via video. The special airs on February 21.

Stars from “Two and a Half Men,” “Will & Grace,” “Cheers,” “Frasier,” and “Mike & Molly” were also scheduled to pay tribute to Burrows. 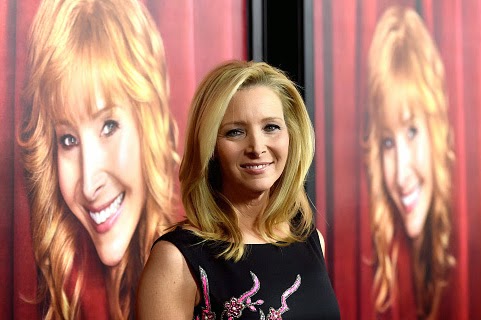 Lisa Kudrow recently told BlackBook that she and co-creator Michael Patrick King have the go ahead from HBO for a third season of the BRILLIANT series The Comeback!

“We’re talking about what comes next, but we’re not in a rush. At first I didn’t talk to Michael about it, out of panic, but we were done in December and I thought, oh god that means we have to start up again next month. I don’t know if I can, it’s too soon, I’m too tired.

“And then we talked about it, and said we don’t have to, we can wait a year and a half. Then HBO said, yeah, whenever, whenever you have it, let us know. It’s wonderful.”

If you haven’t watched yet, it’s required watching.  Check out Season One here and Season Two here. 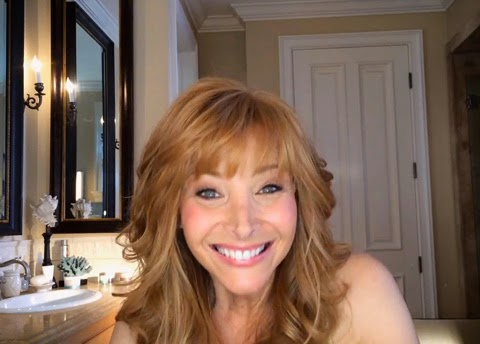 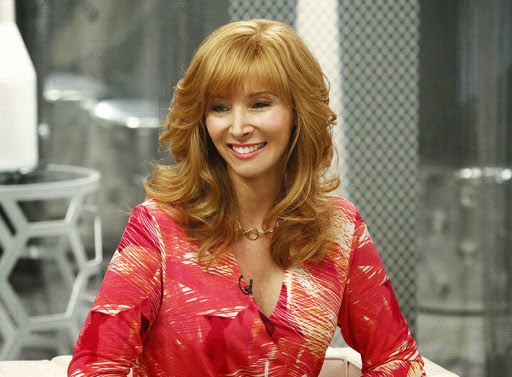 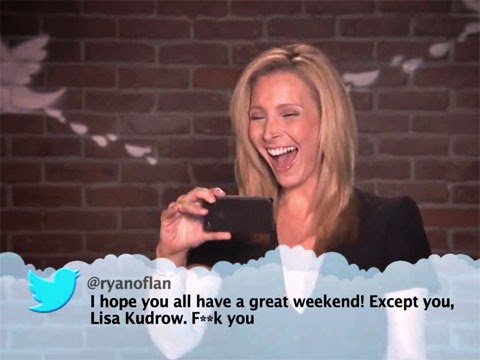 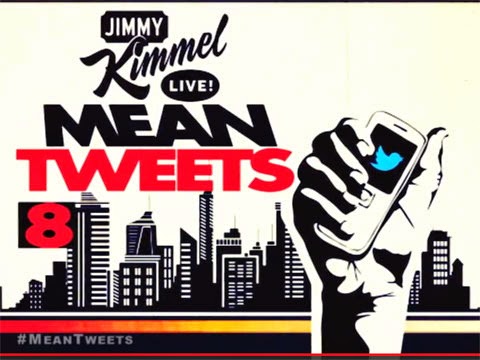 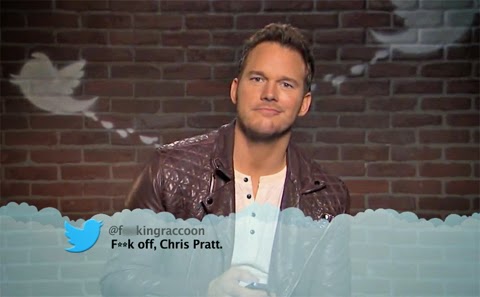 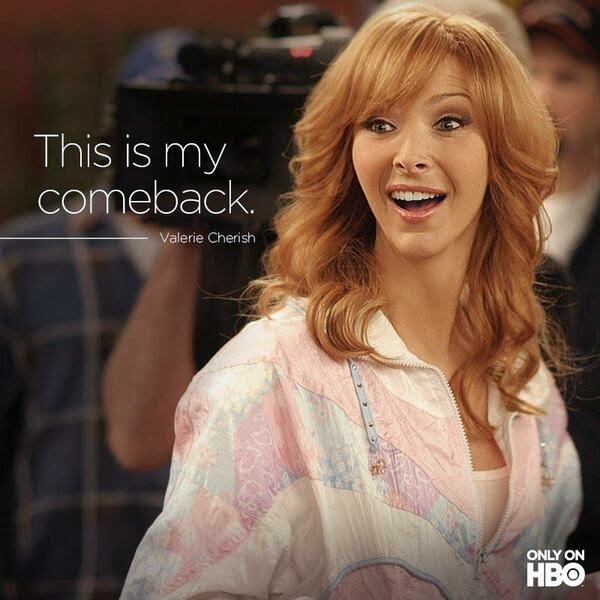 Lisa Kudrow on her love of her gay fans, via PrideSource:

“I don’t know who I’m going to offend by leaving them out, but I need to say that I think gay men are superior beings in my mind. I do believe that.

“It’s all so tricky. I studied biology and the brains are anatomically different. They just are. There’s a stronger connection with the corpus callosum (in gay men). The two sides of the brain communicate better than a straight man’s, and I think that has to be really important.

“They’re not women – they’re still men – and women also have thicker corpus callosums, so I think it’s the combination of those qualities that makes them like a superhuman to me.”

Kudrow’s ground-breaking series returns for a second season after a ten year hiatus on HBO November 9th. Don’t miss it. 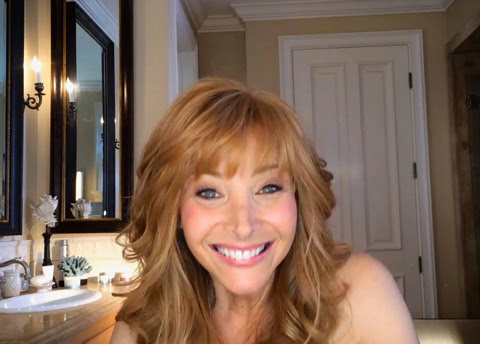 Lisa Kudrow is just brilliant as “Valerie Cherish” in The Comeback which returns to HBO on November 9th for a new season after a nine year hiatus.

OUT’s Aaron Hicklin got the chance to ask Lisa Kudrow about The Comeback‘s first season in 2005 and how Kudrow’s “Valerie Cherish” is different today:

Kudrow on the 2014 “Valerie”
“This season, things are just a little bigger. Valerie’s not in a four-year marriage—it’s a 14-year marriage. Also, her mind-set about reality and dignity is a little different, because we’ve all since accepted, Oh, there’s probably a camera somewhere. You know, someone flips a table: ‘Well, I guess that’s good TV.’ Back then, she really thought everything about her was fantastic, and the only time she started to crack was when she began to suspect she’d been taken advantage of. We have a little more of that earlier on this time around.”

The uncomfortability of indignity
“My husband has a hard time watching The Comeback. When we were first making the show, he came to visit the set and saw a scene and said, ‘Who wrote that? Who’s making my wife do that?’ And they replied, ‘Uh, your wife wrote it.’ A couple of years ago, I watched all of them again. And with the first two, I thought, Wow, this is brutal. There was no violence and no sex, and yet it was really uncomfortable. But that’s how it is everywhere. Everyone has to suffer some kind of indignity to get along in his or her professional pursuit.”

Read more at OUT.

And mark your calendars – The Comeback Season 2 begins November 9 on HBO. 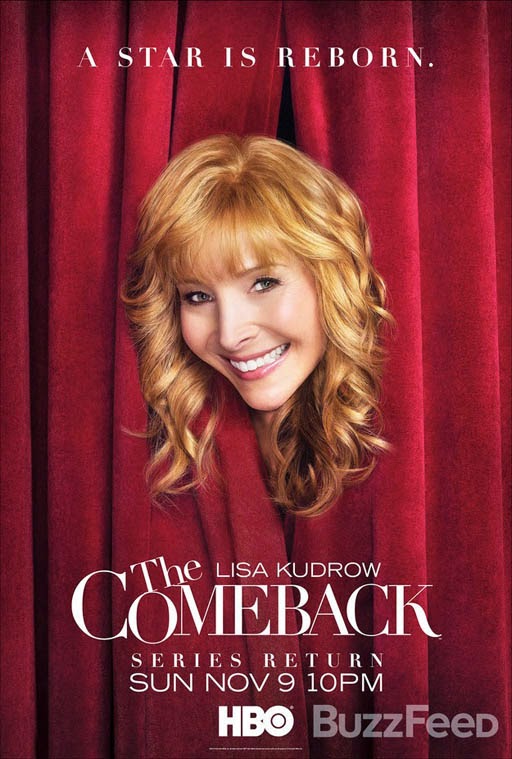 Lisa Kudrow’s under-appreciated 2005 HBO series “The Comeback,” about a faded sitcom star who banks on reality show cameras following her return to TV, won critics but floundered in it’s fight to find an audience.  I thought it was brilliant. Sadly, in spite of an Emmy nomination for Kudrow, it was cancelled after one season.

The world wasn’t ready, in my opinion.

But now, it is.  HBO has brought Kudrow and her creative partner Michael Patrick King together again for 8 new episodes that finds Kudrow’s “Valerie Cherish” in the year 2014. And she’s still coming back.  Or at least trying to.

Beginning November 9 at 10PM on HBO.