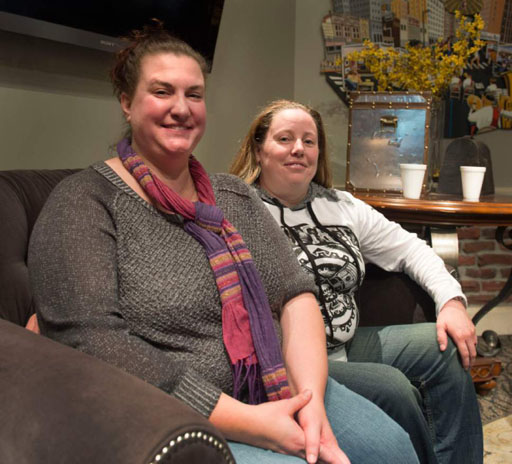 It appears the Utah judge who ruled a married lesbian couple could NOT be foster parents to a nine month old baby girl is reconsidering his ruling after national outrage over the case.

Under the order issued earlier this week, 7th District Juvenile Judge Scott Johansen had given state officials until Nov. 17 to remove the child. In his ruling, Johansen said research showed that children do better in homes with heterosexual parents.

On Friday, Johansen scheduled a hearing for Dec. 4 to determine what is in the best interest of the child.

The Utah Division of Child and Family Services (DCFS) on Thursday filed a petition for a stay of the order, while an attorney for the foster parents women — April Hoagland and Beckie Peirce — filed a separate petition asking the judge to reverse his own ruling.

Hoagland and Peirce, who have been married for a year and are licensed foster parents, have cared for the girl since August, as the state has moved through the legal process of terminating the parental rights of the child’s biological mother.

The couple, who are also raising Peirce’s biological children, ages 12 and 14, intend to adopt the girl and have said the child’s mother told Johansen on Tuesday she wants her daughter raised by the couple.

Even conservative Utah Gov. Gary Herbert said the judge had overstepped in his ruling:

“I expect the court and the judge to follow the law. He may not like the law, but he should follow the law. We don’t want to have activism on the bench in any way, shape or form. Laws, sometimes people don’t like, but the judge should not interject his own personal beliefs and feelings and supersede the law.”

The Human Rights Campaign has filed a formal complaint against the judge saying he violated Section 2.3 of the Utah Code of Judicial Conduct, which prohibits discrimination on the basis of sexual orientation.

Ok, so first we got the two Canadian dads in the Cheerios commercial, and now we have Amanda Deibert and Cat Staggs, expectant moms-to-be featured in a new ad for Target.

The couple married a few years ago in Central Park and are expecting their first child soon. This is where Target comes in.

“A friend of ours knew the casting director was looking for expecting couples and she emailed me and asked if I would be interested in sending our stuff over,” Amanda said.

“We both thought it would be amazing to have so much of our nursery needs taken care of (kids are expensive!) and also loved the idea of showing an authentic lesbian family in a mainstream commercial. Obviously, Target dug that too.”

Both moms-to-be hope their little bundle of joy combines their talents, quick wit and love of space exploration. Sound like fun moms to me.

Predictably, anti-gay Bryan Fischer of the ironically named “American Family Association” (but he’s not enamored of this family it seems…) is already howling at the moon over this.