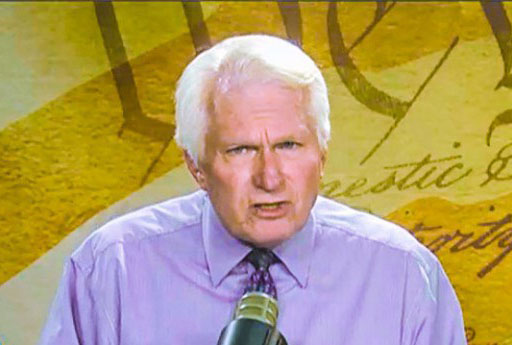 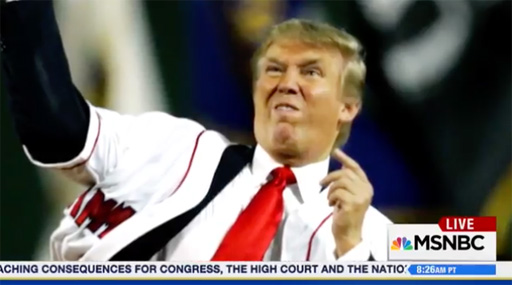 Earlier today, Donald Trump retweeted three anti-Islamic videos posted by Jayda Fransen, a leader of Britain First. The group is so heinous they are banned from mosques in England and Wales.

Fransen was convicted of religiously aggravated harassment in November 2016 after abusing a woman wearing a hijab.

The “leader of the free world” is not only giving oxygen to fascists, but European fascists. Astonishing. pic.twitter.com/gPmydDMKoE

Trump sharing Britain First. Let that sink in. The President of the United States is promoting a fascist, racist, extremist hate group whose leaders have been arrested and convicted. He is no ally or friend of ours. @realDonaldTrump you are not welcome in my country and my city.

In addition to “amplifying” the voice of a fascist group, the videos Trump retweeted have been called into question as to the veracity of the content.

One of the videos, showing a “Muslim migrant” assailant beating the Dutch boy is in fact neither a migrant or a Muslim.

So, you understand what a bone-headed move this was, yes?

Folks in the UK were so upset the office of Prime Minister Theresa May issued a statement saying Trump was “wrong” to retweet material from a group that promotes “hateful narratives.”

“British people overwhelmingly reject the prejudiced rhetoric of the far-right which is the antithesis of the values that this country represents: decency tolerance and respect,” said the statement.

White House spokeswoman Sarah Huckabee Sanders told the media it didn’t matter if the videos he retweeted were real or not.

“Whether it’s a real video, the threat is real and that is what the president is talking about,” Sanders told reporters.

Question on President Trump’s retweets this morning: Does it matter if it’s a fake video?

Sarah Sanders: “I’m not talking about the nature of the video. I think you’re focusing on the wrong thing. The threat is real, and that’s what the President is talking about.” pic.twitter.com/Nh2YyuLD01

Folks in the Twitterverse were duly confounded:

Trump sharing Britain First. Let that sink in. The President of the United States is promoting a fascist, racist, extremist hate group whose leaders have been arrested and convicted. He is no ally or friend of ours. @realDonaldTrump you are not welcome in my country and my city.

This was also an attack on Britain and their morals. Here is what Britain thinks of this morning’s events: pic.twitter.com/3MOewInpvY

I join the urgent call for President @realDonaldTrump to remove his Britain First retweets and make clear his opposition to racism and hatred. https://t.co/JosYO7vwEG pic.twitter.com/v66KQVtWQq 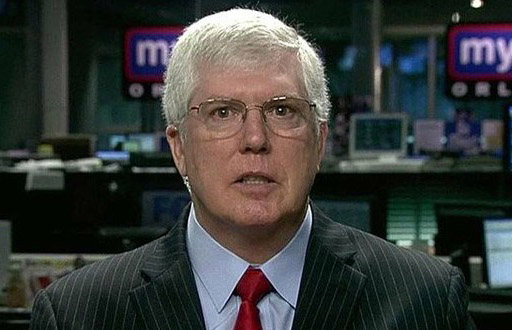 Finally, a mainstream media source – the Associated Press, no less – has exposed the Liberty Counsel for the anti-gay, hate mongering organization that it is.

Kim Davis’ lawyer stood onstage in a Washington D.C. hotel and pointed to a photo on the screen. It showed 100,000 people packed into a Peruvian soccer stadium, Mat Staver told the crowd, all there to pray for the Kentucky clerk battling against gay marriage.

It wasn’t true. Staver’s firm, the Liberty Counsel, which revealed Davis’ secret meeting with Pope Francis, has been accused by advocacy groups of peddling misrepresentations in the past. Yet it has become the main source of details about the controversial pope meeting.

The Southern Poverty Law Center lists the Liberty Counsel as an anti-gay hate groups for spreading false information. “A group that regularly portrays gay people as perverse, diseased pedophiles putting Western civilization at risk are way, way over the line,” said Mark Potok, a senior fellow at the center.

The Liberty Counsel has connected homosexuality to higher rates of promiscuity and incest, Potok said, despite scientific evidence to the contrary.

Staver once declared that the Boy Scouts would become a “playground for pedophiles” once it allowed gay troop leaders.

Staver said the meeting with the pope validates his arguments about Davis’ rights to conscientious objection. He rejects even the suggestion he might wake up one day and discover himself on the wrong side of history.

Last week, he showed the crowd at the Values Voter Summit the photo of the imaginary Peruvian prayer rally and declared its significance in the battle against Christian oppression. “That, my friends, is happening around the world,” he said. “When one person stands it has an impact and Kim Davis will continue to stand for her lord and savior Jesus Christ.”

Quite enjoyable reading, I must say. 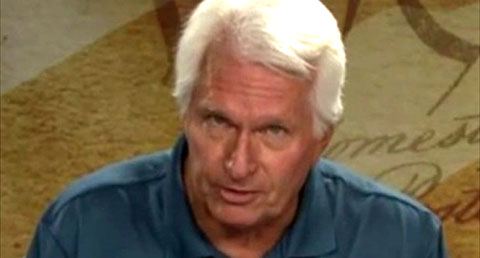 Hate group leader Bryan Fischer hypothesizes (in his cyncial, bizarro world logic) that the real reason for the raid on the corporate offices of Rentboy is to set up a complex set of events that would lead to President Obama fighting for legalizing prostitution.

So the question naturally is why. Why would Obama suddenly bring the hammer down on homosexual prostitution?

Maybe, in the wake of the Ashley Madison hack, he wants to get all the client information from this website in federal custody to protect the identities of his political and social friends who may be customers.

Or Obama believes, with homosexuality being the flavor of the year in the world of sexual abnormality, this is the moment to haul homosexual prostitutes into court and get some federal judge somewhere to rule that prostitution cannot be made illegal under the United States Constitution.

With no prayer of getting a bill legalizing prostitution through Congress, his best hope is the court system.

And his best chance to get the favorable ruling he wants, given the current cultural zeitgeist, is if the defendants in courts are homosexual prostitutes rather than heterosexual ones. What politically correct judge today would dare to rule against the sin of sodomy anywhere at anytime?

Obama knows that this action will be challenged in court, and that when the appeal makes it to the Supreme Court, he can count on the Court’s five homosexual activists to rule that laws against money for sex are antiquated, outmoded, and so 18th century.

And poof, the last vestige of moral standards with regard to adult sexuality will be gone.

In other words, Bryan Fischer has now completely lost his mind. 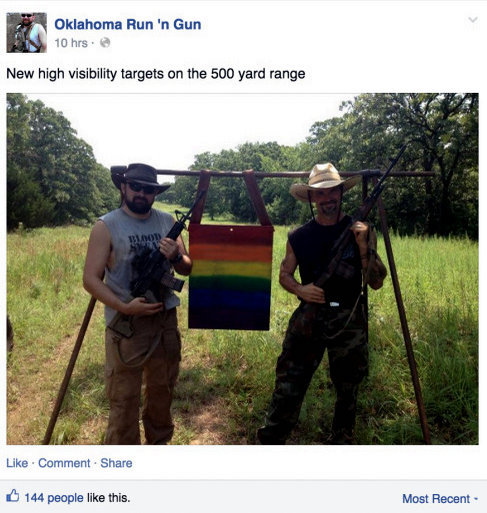