My costume for last night's party… Since I haven't already been getting ENOUGH attention this past week! Lol. pic.twitter.com/txsVPi4zy4— Gus Kenworthy (@guskenworthy) October 31, 2015 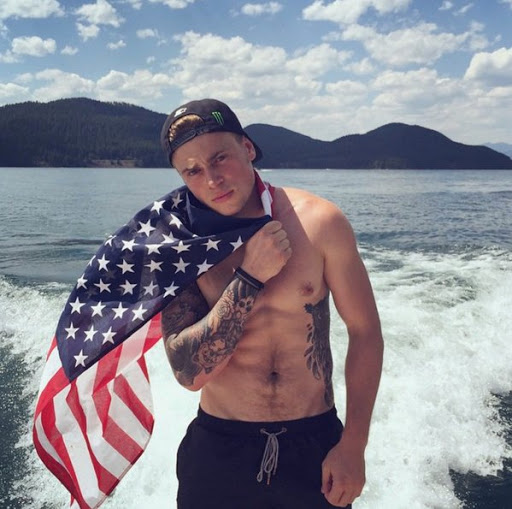 Olympic silver medalist freeskier Gus Kenworthy received what looks to be almost universal support when he recently came out.

But, you know, there’s always going to the occasional troll. Check the dumb-ass question posed to Kenworthy on Twitter, and then his oh-so-perfect” answer.

Just to recap – Olympic medalist, handsome, smart, amazing abs and not afraid to go toe-to-toe with an internet troll.

Are you the man or the woman in the relationship? That’s all I need to know right now. https://t.co/9dvbwLBaCX

In a relationship I am the man. As is the other man. I’m gay. Not trying to emulate a heterosexual relationship. https://t.co/AJwyskECWf 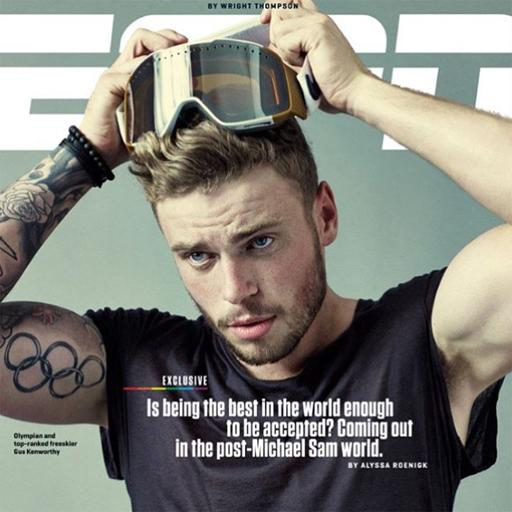 Let’s celebrate more of the handsome out athlete. 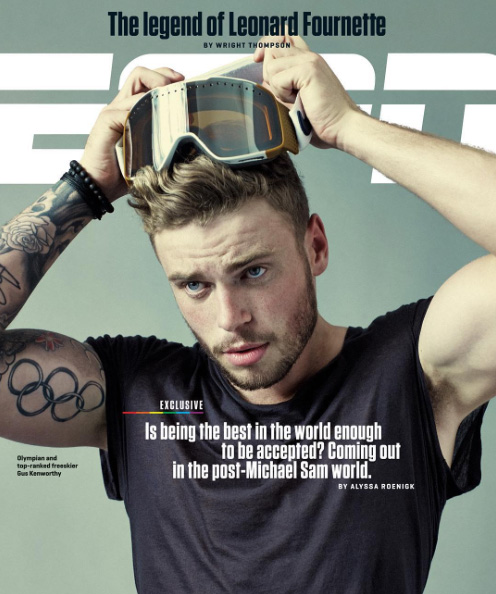 U.S. Olympic skier and total hottie, Gus Kenworthy, who’s won in just about every major freeskier event in the world –  AFP World Championships overall titles in 2011, 2012, and 2013, won silver at the Olympics in Sochi, Russia and won his first medal, a bronze, at the X Games in Tignes, France in the slopestyle event – came out on social media and in an interview with ESPN:

Gus Kenworthy started coming out to his family and closest friends nearly two years ago. His mom said she knew. His brother said he was proud. His best friend  voiced unrelenting support. And if Gus Kenworthy were an average 24-year-old, the announcement — the story — might have ended there.

But Gus Kenworthy is not an average 24-year-old. He is the top freeskier on the planet, an Olympic medalist, a face of the X Games. He is an elite athlete competing in the world of action sports, where sponsors — and income — are inextricably linked to image. In other words, he is an athlete with a lot to lose. But Gus Kenworthy is ready to tell that world, his sport, his truth. And so, as we sit down together in Los Angeles in September, he begins the only way he knows how: “I guess I should start by saying, ‘I’m gay.’”

The response from the Olympic world was universally positive:

.@guskenworthy We are PROUD to say you are part of #TeamUSA! pic.twitter.com/RKD49HQtiW

We are PROUD to say you are a part of #TeamUSA!
https://t.co/ywOvvgLigu

Another one from my @espn shoot! And to think I was nervous about what type of feedback I was gonna get after my story came out this morning. I am truly blown away by the amount of love and support that I’ve been receiving! Thank you all so much for your kind words, I’ve never felt happier to be me! Love y’all.
A photo posted by gus kenworthy (@guskenworthy) on Oct 22, 2015 at 12:37pm PDT