The Department of Health and Human Services announced details Tuesday for applying for free PrEP medications through the federal government.

Drugstore chains CVS Health, Walgreens and Rite Aid, which have a combined 21,000 locations across the country, will donate prescribing services for the program.

Earlier this year, drugmaker Gilead Sciences announced it would donate 2.4 million bottles of Truvada to up to 200,000 uninsured people annually through 2030.

Gilead is the manufacturer of both Truvada and Descovy, which was approved by the Food and Drug Administration for PrEP use on October 3 this year. They are the only approved drugs for use as PrEP by the FDA.

In its announcement, Gilead said the offer would “transition to Descovy if it is approved for use as PrEP.”

Gilead has also announced a generic version of Truvada will become available by 2020.

Ready, Set, PrEP is part of the current administration’s ‘Ending the HIV Epidemic Plan’ which was announced during President Trump’s State of the Union address this year. The plan has a goal of reducing the number of new HIV diagnoses in the U.S. by 75 percent in five years and by 90 percent in 10 years.

Today’s news comes as the federal government is currently suing Gilead for patent infringement regarding PrEP.

In a press release on November 6, the Health and Human Services Department announced the United States had filed a complaint in federal district court alleging Gilead had profited from research funded by hundreds of millions of taxpayer dollars and reaped billions from PrEP through the sale of Truvada® and Descovy®.

Currently, a month supply of Truvada in the United States sells between $1,600 to $2,000 for those without prescription drug coverage, while in other parts of the world it is available for as low as $70. In 2018 alone, Gilead amassed $3 billion in the sale of Truvada. 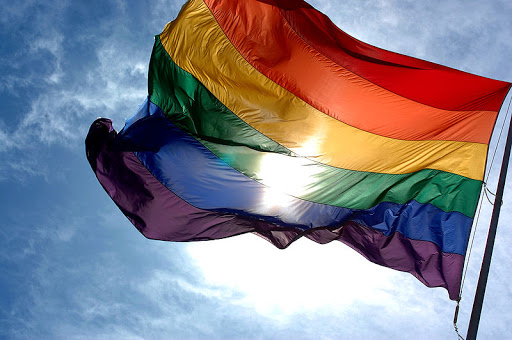 The Equality Act, which would add sexual orientation and gender identity to the Civil Rights Act of 1964, has been approved by the House Judiciary Committee.

Although the legislation had been introduced in the House twice before, this is the first time Democrats have been able to see the bill move out of committee and on to the full House.

Even though recent polling shows nearly seven in ten (69%) of Americans support the measure, the vote was a straight party-line affair. All 22 Democrats on the committee voted yes, while all 10 Republicans voted no.

👏 Applause erupts as the #EqualityAct passes the House Judiciary Committee. 👏

We’re proud to work with our partners and pro-equality members of Congress on this vital legislation. pic.twitter.com/hF84VTCBfI

Should The Equality Act be passed into law, it would prohibit LGBTQ-based discrimination in areas like housing, employment, public accommodations and more on a nationwide level.

Currently, you can be fired from your job in 30 states for being gay.

In addition to the strong support by Democratic lawmakers, The Equality Act has been endorsed by 165 major businesses and 288 statewide and national organizations.

Rep. Jerrold Nadler of New York, chairman of the Judiciary Committee, said in his opening statement, ‘It is time that the federal government recognizes that discrimination in any form is wrong and that we should move forward with these common-sense protections that simply build on existing statutes.’

The measure now heads to a vote by the full House, which could happen as soon as next week.

With 240 co-sponsors in the House, and strenuous support by Speaker of the House Nancy Pelosi, the legislation is expected to easily pass.

However, the odds don’t look so good for the bill in the Republican-led Senate where Senate Leader Mitch McConnell probably won’t even allow the legislation to come up for a vote.

And, while Donald Trump campaigned saying he would be ‘better for the gays’ than Hillary Clinton, since he took office his administration has waged a war against LGBTQ rights. His evangelical base would probably rise up were he to sign the bill into law.

BREAKING: House Judiciary Committee just passed my #EqualityAct to ensure full #LGBTQ equality under the law in all 50 states!

BREAKING: Historic moment as the House Judiciary Committee votes to advance the #EqualityAct to the full House of Representatives. It’s time to protect all LGBTQ Americans from discrimination.

That means nationwide, comprehensive, explicit protections from discrimination for LGBTQ people are on the way to a vote on the full House floor.

Honored to preside over @HouseJudiciary as we passed the #EqualityAct. It is time we make clear that we support equal worth & equal rights of all people—including every LGBTQ person in this country. By passing this bill, we’ve taken a vital step toward moving our nation forward. pic.twitter.com/e8SkSa1aqj 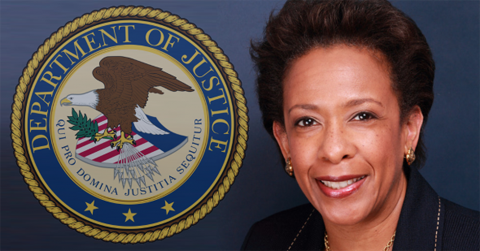 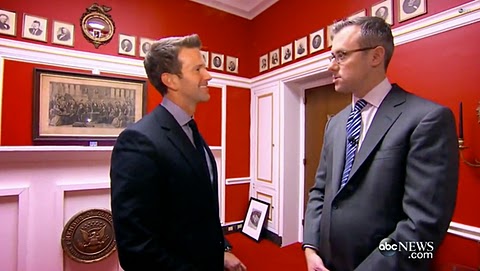 USA Today is reporting that Congressman Aaron Schock has repaid the government $35,000 for office renovations after allegations of improper use of government funds.

“As he said he would, Congressman Schock has fulfilled his commitment to pay for all the renovation costs of the 18th Congressional District office in Washington,” said a statement released by Schock’s office Friday. “Even though office expenses are often covered by the Member Representational Allowance, the Congressman believed it appropriate to pay these costs himself as part of the office review process.”

USA TODAY has reported that Schock had spent more $100,000 than of his taxpayer-funded account on office renovations in prior years. The expenses included thousands for leather furniture, hardwood floors and marble countertops for his offices in his central Illinois congressional district.

According to the report, the government had apparently been paid $35,000 through Schock’s office. As the story now goes, his decorator refunded that $35,000 to the government and Schock then paid via his own personal funds.

Schock has drawn much attention lately for questionable real estate sales and expenses through his office.

Jon Stewart tore apart Republicans over threatening to shut the government down over Obamacare, using it to claim the GOP doesn’t really care about the Constitution that much to begin with, mocking their concern that Obamacare is “the end of America as we know it for reasons no one is able to clearly explain!

Stewart walked through how Obamacare was already upheld as constitutional, and offered a simple analogy: when football teams lose, they don’t say “If you don’t give us 25 points on Monday, we will shut down the fucking NFL!” He decried this “utter insanity” and berated the media for thinking both sides are equally at blame here, likening Republicans to an “asshole causing a head-on collision” on the highway.”

Stewart ended by calling out the GOP for the talking point that Obama negotiates with Iran but not them.

“You’re not helping yourself if it turns out that President Barack Obama can made a deal with the most intransigent, hardline, unreasonable, totalitarian mullahs in the world, but not with Republicans, maybe he’s not the problem!” 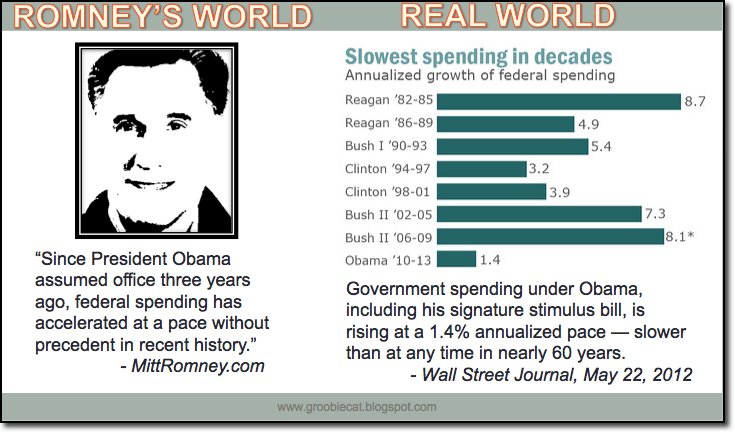 Actually, the facts bear out something quite the opposite: Federal spending under President Obama grew at the slowest pace in 60 years.  Click on the pic above to see rate of spending under the last 8 administrations.

Obama has indeed presided over the slowest growth in spending of any
president using raw dollars, and it was the second-slowest if you adjust
for inflation. The math simultaneously backs up Nutting’s calculations
and demolishes Romney’s contention. The only significant shortcoming of
the graphic is that it fails to note that some of the restraint in
spending was fueled by demands from congressional Republicans. On
balance, we rate the claim Mostly True. 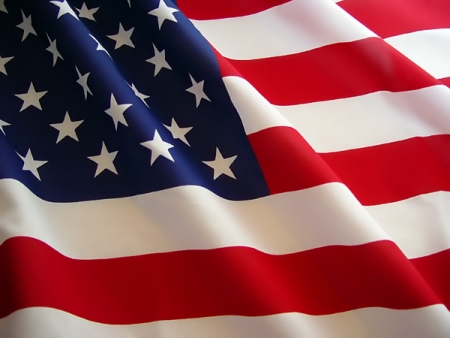 I have to say I approve of the outcome of the budget negotiations that we’ve all watched unfold in the past few weeks.

Fiscally speaking, I’m pretty moderate. I believe in compromise between parties and chambers of the Federal government. I think we do need to make steps to reduce the national debt, but I think it needs to be done in a thoughtful, moderate manner. To make drastic, heavy handed cuts could negatively impact the slowly but surely improving economy.

What has emerged as the solution, for now, seems fair and a good step forward on many levels. AND it leaves social issues out of the equation – as it should be.

I applaud the work done to get the result the American people have been presented with. While I understand the “rock and a hard place” Speaker Boehner found himself, he made the right choices in jettisoning the social riders and got a good set of budget cuts for his caucus.

Senate Majority leader Harry Reid did well for his caucus in standing up against the social issue riders but agreeing to substantial budget cuts.

It was a dramatic day, but in the end this was a good thing for America.

Not that anyone is asking me, but I approve of where this all landed.