• Queerty: In a recent episode, Celebrity Family Feud host Steve Harvey asked “Name something that’s better at a gay bar than other bars?” (p.s. we LOVE Family Feud in my house…) END_OF_DOCUMENT_TOKEN_TO_BE_REPLACED 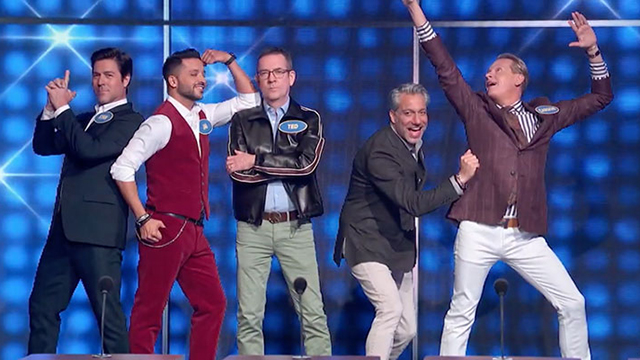 It’s OG versus New Class as Celebrity Family Feud shares this teaser for its upcoming face-off between the original cast of Queer Eye for the Straight Guy and the current crop of ‘make better’ experts on Netflix’s Queer Eye.

The new teaser video features both squads in backstage banter chatting on playing against each other as well as quick clips from the episode.

When host Steve Harvey notes the two teams have ‘different energies,’ he turns to Carson to clarify, “So, you all are considered the OGs?”

“Right, the Old Gays,” quips Carson which a smile.

Tune in for the royally gay battle royale on May 31 at 8 pm on ABC.

I laugh every time I watch this…