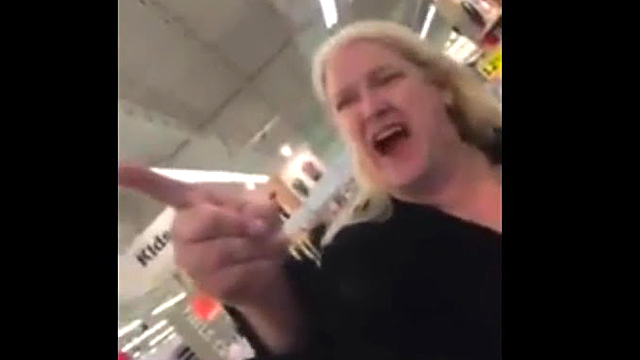 A man drops by his local Walmart to pick up some groceries.

While waiting in line to checkout, a woman approaches him and begins to proselytize. As he politely demurs her ‘help,’ she suddenly starts dropping F-bombs like crazy.

In a curiously un-Christian manner, she starts yelling expletives at her victim.

Sample: “Shut your f**kin’ mouth, b*tch. If you don’t have Jesus Christ in your heart, I feel f**kin’ sorry for you.”

Timothy Lee Reddin, a 67-year-old pastor at Turner Street Baptist Church in Fayetteville, Arkansas, loves to get riled up and shriek about the evils of homosexuality from the pulpit.

Reddin was arrested on August 3 after chatting up what he believed was a 14-year-old boy on a ‘dating site.’

Reddin’s problem is the young boy was in reality an undercover cop posing as a teen in a sting operation.

Reddin setup a ‘meeting’ with the teen for sex. But when he showed up at the meeting spot, he was met by officers.

“Lee” described himself in his profile as a 62-year-old white male, 6’1″, 215 pounds and married. The profile description said, “I just wanna have fun…I like younger guys. But hell, at my age that’s just about everybody! Discreet, intelligent, witty, professional guy. Love to meet new friends. Especially naked ones,” according to the affidavit.

Married for almost 50 years with 4 grown children and 7 grandchildren, Reddin was booked in his local jail where he was charged with attempted coercion and enticement of a minor.

Reddin was busted and convicted in 2000 for possession of child pornography eventually spending 27 months in prison and registering as a sex offender after being released. 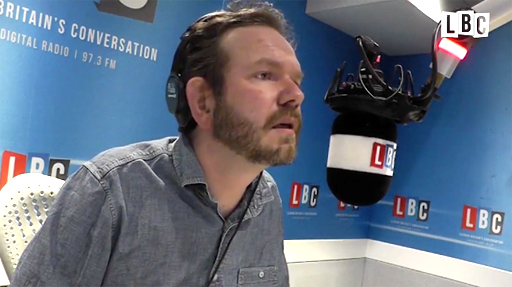 Discussing homosexuality and religion on his LBC radio show in the UK, host James O’Brien shut down a “Christian” caller named Daniel with just one question.

“What did Jesus say in the Bible about homosexuality?”

Scrabbling for an answer, Daniel begins: “Well, in 1 Corinthians…”

But O’Brien cuts in to point out that the First Corinthians is “a letter written by someone who never met Jesus.”

He adds: “1 Corinthians is a letter that St Paul wrote. What did Jesus say, on the record, in the Bible about homosexuality?”

As Daniel struggles to answer, O’Brien keeps on coming.

“It’s a simple question. What did he say? You can say nothing, because that’s the true answer, or you can carry on blustering,” he says.

In all, O’Brien asks Daniel what Jesus said about homosexuality an incredible 27 times.

He tells the befuddled caller: “Listen, you have a great day. May God go with you. You can’t answer the question about Jesus… which is kind of the point. Which leads me to conclude what you’re really terrified of Daniel is something that’s going on inside of you.”

Check O’Brien’s expert handling of the situation below: