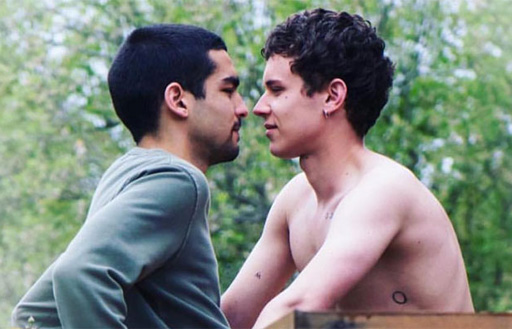 For some time now, streaming service Netflix has been giving more and more representation to the LGBTQ community with its original programming.

Over the weekend, Netflix shared a still of the couple (fondly nicknamed “Omander”) just about to lock lips on its Instagram account with the caption, “The only thing I want is to be with you. #Omander”

Now, as Taylor Swift likes to sing, “haters gonna hate, hate, hate.” And they did.

There were tons of very supportive comments but one, from a user named ‘judas_priest12321’ caught the attention of the folks handling the Netflix account.

The hater left this little bon mot: “Get the f*ckoff my Instagram. Not ever person on the planet is gay. You are trying way to hard.”

Grammar and spelling issue aside, the negativity reeked. But Netflix was not having the hate.

Amid a flood of rainbow emojis, Netflix slapped back writing, “…sorry couldn’t read your comment while surrounded by all these beautiful rainbows…” 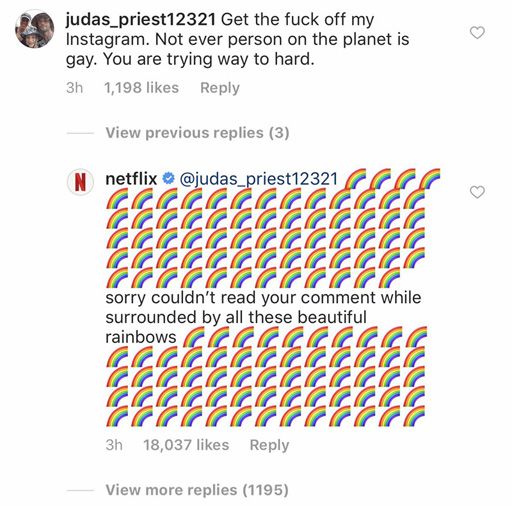 This isn’t the first time Netflix has defended its LGBTQ-themed programming.

Back in August, when the service announced Dancing Queen, a new docu-series following RuPaul’s Drag Race alum Alyssa Edwards, the folks running the network’s Instagram clapped back at several haters who felt the need to hate on the upcoming series.

You can check out the trailer for Netflix’s Elite below, and find more info about the series here.