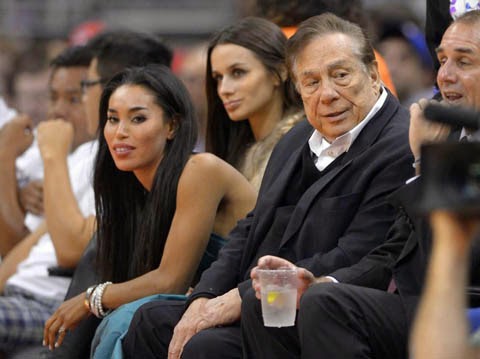 V. Stiviano, former girlfriend/mistress of LA Clippers owner Donald Sterling, has asserted that Sterling is not only a racist, but is actually gay, and she was paid to act as his “beard.”

Sterling’s wife, Shelly, filed a lawsuit against Stiviano depicting her as a money-grubbing femme fatale who convinced the former Clippers owner into giving her a Ferrari, hundreds of thousands in cash and a $1.8 million house in LA.

Stiviano denied the allegations and answered in court documents saying that Donald Sterling was gay.

Via the NY Daily News:

“V.S. was D.T.S’s beard for three years prior to the filing of suit,” the answer claimed. “V.S. is informed and believes that (Sterling) is a homosexual and enjoys sexual acts and or sexual congress with males.”

The answer said that Shelly Sterling was “acutely aware of his orientation and condoned” his behavior, including his decision to give “gifts, money and other properties” to Stiviano for her public companionship.

“Such gifts” were lavished “in the capacity” of Stiviano being “D.T.S. and Shelly’s beard,” the answer said.

The tea-baggers think this means GQ is calling them racists.

Let’s think on that, shall we?  Who watches Fox News?

There.  That wasn’t hard.

Over the past several days of the Donald Sterling debacle,  some pundits have made a point of saying that Sterling is a Democrat.  Not sure why it matters, but to some it’s been important to assign that label.

Many in the interwebs have been quick to assert that Sterling is a Democrat for some reason.

And yet, it turns out Sterling has been a registered Republican since 1998.

Sometimes it seems there are no surprises left in life…

The fallout continues and gets worse for LA Clippers owner Donald Sterling as his corporate sponsors are now fleeing the ship quickly. From ESPN:

The Chumash Casino, the presenting sponsor of the Los Angeles Clippers, jumped ship Monday along with used car dealership chain CarMax and airline Virgin America as advertisers pondered their partnerships with the team in the wake of racist remarks allegedly made by owner Donald Sterling.

Virgin America said in a statement that it was cutting ties with the team “while we continue to support the fans and the players.” State Farm, Kia Motors America, Red Bull, Lumber Liquidators and Sprint have condemned the remarks and said they will suspend their sponsorship and advertising obligations, closely monitor the situation and assess their options.

The statements attributed to Sterling have caused a firestorm in the sports world. Over a nine minute recording obtained by TMZ, Sterling apparently made several racist comments like the following:

“It bothers me a lot that you want to broadcast that you’re associating with black people. Do you have to?” the man believed to be Sterling says. He continues, “You can sleep with [black people]. You can bring them in. You can do whatever you want. The little I ask you is not to promote it on that … and not to bring them to my games.”

At this point in time, only Corona is still listed as a sponsor for the Clippers.

In related news, Sterling apparently contacted his ex-girlfriend V. Stiviano asking “How can we make this thing go away?”  According to TMZ, she apparently has over 100 hours of recorded conversation with Sterling which, one imagines, could be very damaging to his career and fortune. 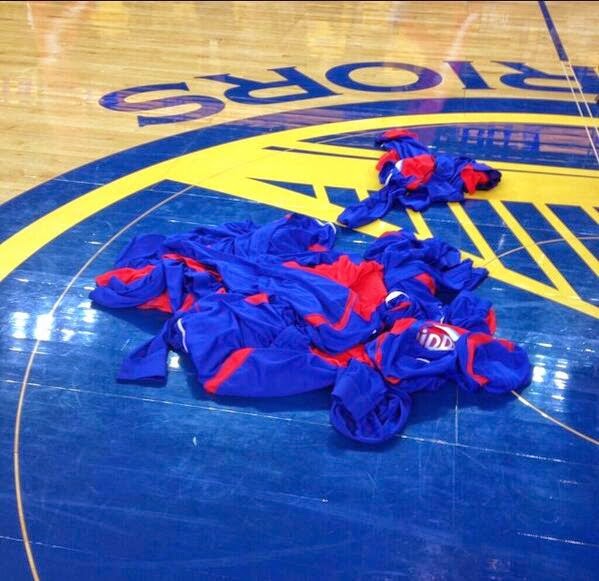 According to  Sports Illustrated, Los Angeles Clippers players threw down their warmups center court today to reveal shirts
turned inside out when they took the court for Game 4 of their playoff
series against the Golden State Warriors. 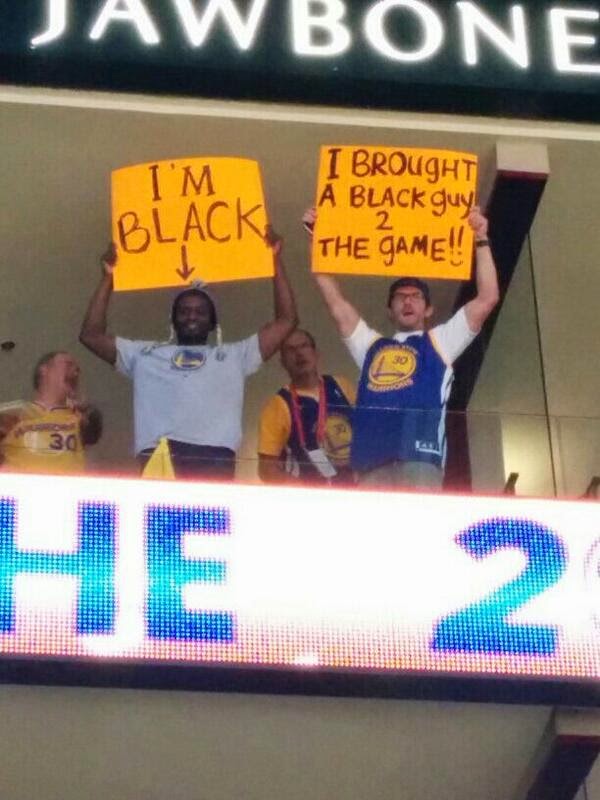 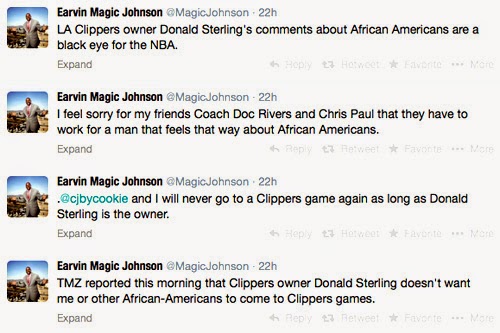 The fallout continues in the Donald Sterling debacle.

Magic Johnson, mentioned by name in the recording that appears to reveal Sterling as a raging racist,  tweeted this response soon after the recording went viral.

At a press conference in Malaysia, President Obama was asked to his thoughts on the scandal.  See below: 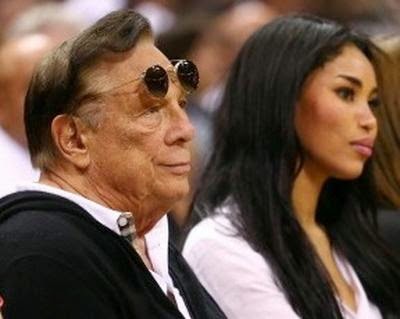 TMZ Sports has obtained audio of LA Clippers owner Donald Sterling making racist comments during a heated argument on April 9th with his girlfriend V. Stiviano after she posted a photo on Instagram posing with Magic Johnson.

Sterling rails on Stiviano — who ironically is black and Mexican — for putting herself out in public with a black person (she has since taken the pic down). But it doesn’t end there.  Among the comments (via TMZ):

— “It bothers me a lot that you want to broadcast that you’re associating with black people. Do you have to?” (3:30)

— “You can sleep with [black people]. You can bring them in, you can do whatever you want. The little I ask you is not to promote it on that … and not to bring them to my games.” (5:15)

UPDATE – The NBA is investigating the issue, according to NBC Sports: “We are in the process of conducting a full investigation into the audio recording obtained by TMZ. The remarks heard on the recording are disturbing and offensive, but at this time we have no further information.”