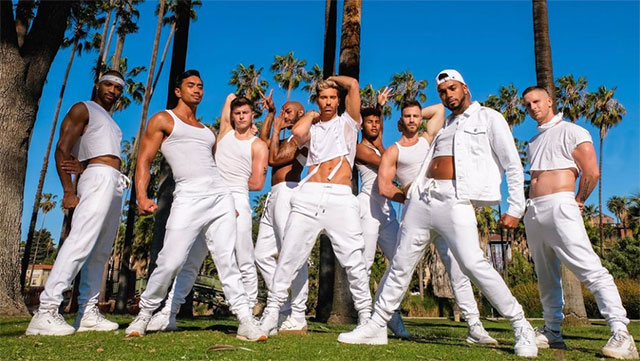 The latest single and music video from singer/choreographer Bobby Newberry is titled, “Ride”, a feel-good summer jam about taking chances and chasing dreams.

“Sometimes it’s not about the destination but the ride you take to get there,” says Newberry. Adopting a metaphor of falling in love, the singer shares, “There’s nothing better than crushing on someone, getting the butterflies, feeling the magic and imagining the possibilities.”

The music video is a high-energy showcase for Newberry (who also handled choreography duties) as he twirls, bumps and grinds alongside an all-male cast of dancers.

“The dancing is so clean,” explains the artist. “Much of it was done on the grass and it looks so amazing on film. What you can’t see, however, and what we didn’t know, is that Echo Park is home to hundreds of geese and ducks! We were literally dancing in bird droppings.”

Newberry also appears in his first intimate acting scene in the video. The love interest is played by his friend Joey Gentile, and Newberry admits he needed two shots of tequila to loosen up for it.

“It was my first time doing a scene like that! Luckily, it was the last scene we filmed that day.”

His first major break in the music industry was as a choreographer for Eminem. He would go on to work with a string of the world’s top artists including Nicki Minaj, The Pussycat dolls, Missy Elliot, and Lil’ Wayne. His choreography work has been seen on TV in Dancing With The Stars, X-Factor and many other shows.

In 2014, Bobby Newberry released his first single and music video, “Dirrty Up (featuring Jessie and The Toy Boys).” It was soon after followed by his debut EP, The Newberry Special.

“I look back at the beginning of my career and laugh at how I thought I was seasoned when I was so not,” he explains. “As an artist, you grow, and I know so much more about everything that goes into the process of creating hit records.”

“I am finally at an authentic place where my music represents who I am. My sound is pop, for sure, but it also very diverse, with many different vibes, just like me.”

“I hope listeners will take a go on this ride with me,” says Newberry. “It’s a very honest track that I hope breaks down barriers. But most of alI, I hope it makes people want to dance.”

Bobby Newberry’s “Ride” is available on Apple Music, Spotify, and all digital platforms. Follow him on Instagram here. 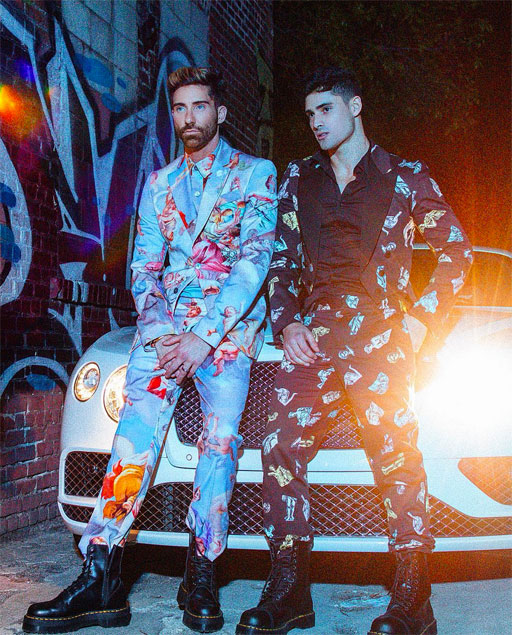 And, trust and believe, the video lives up to its title.

The club-friendly track teams Newberry with sexy AF Brazilian rapper Aleff for the track and video who drops his raps in Portuguese. You’ll also spot RuPaul’s Drag Race alum Laganja Estranj working it out in the mix.

Fashion designer Jeremy Scott also brings his own brand of sexy/smooth to the video via clothing from his luxury fashion house, Moschino.

”I wrote the song about when you meet someone and have that instant, undeniable attraction and connection,” Newberry recently told OUT. “They give you that rush that’s almost intoxicating, like taking drugs but you’re high on the person. Like butterflies in the stomach, they got you feeling lit.”

Newberry shares that he’s been writing and recording for seven years now and knew when the time came, he would want to be an artist who’s true to himself.

“I made the decision to be open and talk about guys in my songs and be openly gay because I want to always be an authentic artist, be real,” he recently told HuffPost’s Curtis Wong. “And also to inspire up-and-coming artists so they can do whatever they want and be their authentic selves as well.”

Newberry’s also sporting some serious body. Check out below from his Instagram.