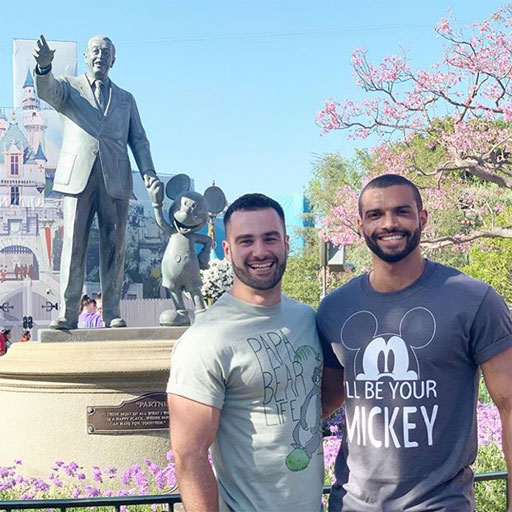 • InstaHunks Ben Zerbst and Donald Romain took each other to Disneyland for some Hump Day fun. #FutureDILFSofDisneyland

• Brunei has defended its punishment of death by stoning for gay sex in a letter to the European Parliament. Under the country’s new law, not only are LGBTQs targeted but adultery garners the same punishment, and thieves and robbers risk amputations.

• Prosecutors plan to seek a sentence of four to 10 months’ jail time for actress Felicity Huffman for her role in the college admissions scandal.

• This year’s Time 100 – the 100 most influential people of 2019 – includes Lady Gaga, Indya Moore, Ryan Murphy, and Speaker of the House Nancy Pelosi.

View this post on Instagram
@speakerpelosi is one of the 100 most influential people of 2019. “Nancy Pelosi is living proof that when it comes to getting the job done, more often than not, it takes a woman,” writes @hillaryclinton. See the full #TIME100 list at the link in bio, and swipe for a video interview with Pelosi. Photograph by @paridukovic for TIME. Video by @spencerbakalar, @francescatrianni and @ggarciapardo
A post shared by TIME (@time) on Apr 17, 2019 at 4:25am PDT

• Nevada could soon join the three other states – California, Illinois, and Rhode Island – that ban the ‘gay panic’ or ‘trans panic’ defense in cases of assault or murder.

• Folks were wondering why queer rapper Lizzo performed at Coachella Music Festival this past weekend when it came to light owner Philip Anschutz has given his money to anti-LGBTQ organizations.

“Whether we like it or not most major organizations are run by bigoted millionaires that donate to bigoted organizations. I realize my activism is to disrupt those spaces and spread my message to thousands of ppl.”

“Y’all may not agree w it and that’s ok. But know that I’m doing what I gotta do to make sure my big black ass voice is heard. Can’t wait to dismantle the hate that funds this country… but until then, imma be putting big, black, femme, lgbtq+ bodies on stages and telling our stories.” 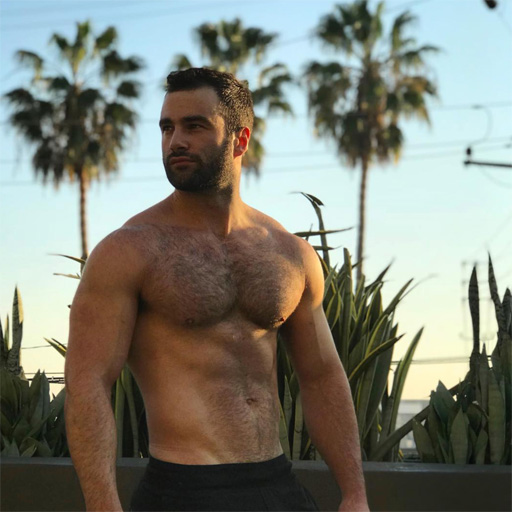 • Fitness guy Ben Zerbst posts on Instagram he thought he heard a dog. Actually, it was just me woofing.

• One of the gay men Kentucky County Clerk Kim Davis denied a marriage license has announced he will run for her office.

• Folks were wondering about Donald Trump’s unusual speech impediment during his announcement that the U.S. would recognize Jerusalem as the capitol of Israel. Many suspect his dentures came loose. Take a listen and decide for your self.

🔥🔥Sooo this is interesting. Trump’s dentures are trying to escape his mouth as this speech is ending. Join the club dentures! Unbelievable. pic.twitter.com/QqYv7whxDF

• For the first time in history, a cast member of the Broadway production of CATS was involved in an incident with a dog during a performance.

• Retired pro soccer star Robbie Rogers married TV and film producer Greg Berlanti. The twosome have been a couple since 2013 and became engaged last December. They are parents to adorable Caleb, who they had via surrogate in February 2016.

Still recovering from the most emotional beautiful day, exceeding any dream I ever had. To marry the man I love in front of all of my loved one’s was not something I grew up thinking would ever happen. Thank you to the men and women who made this day possible. Also thank you @hanaasano for capturing this picture, convincing Caleb to smile at the camera this long was impressive 😉
A post shared by Robbie Rogers (@robbierogers) on Dec 6, 2017 at 3:43pm PST 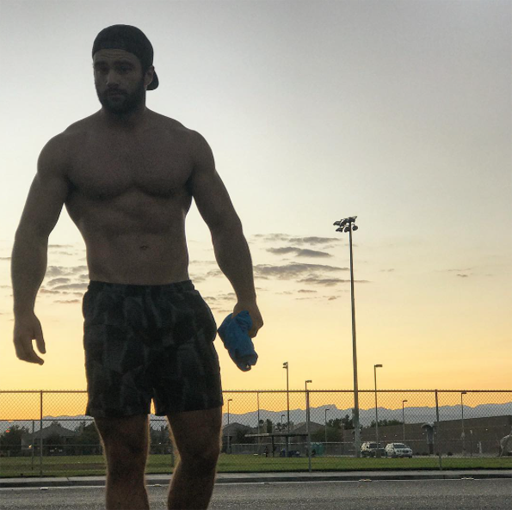 Fitness trainer (and Instahunk) Ben Zerbst leaving the weekend playground behind to start the week.

Happy Monday, kids. Get at it!

How could I not post this recent pic of Aussie trainer Ben Zerbst by Photographer Sean Higgins?

Dang… Let’s just take a second with this. #AmIRight?

Tip of the hat to Towleroad for bringing Aussie personal trainer and seriously hot Ben Zerbst to my attention.