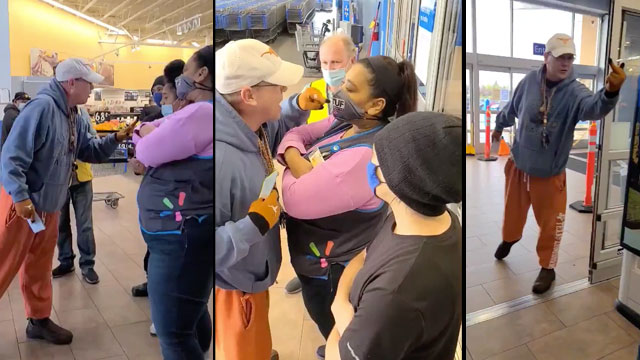 What in the hell is wrong with this man?

The video clip below went viral thanks to the crazy-ass man ranting at employees at a Walmart in Alaska about being asked to wear a face mask.

At the beginning of the clip, the loon is yelling, “Get back on your highway to hell and get out of a godly man’s face.”

“By your very blind ignorance, you don’t have the ability to even come up with your own fucking ideas,” he adds.

In the background, you can hear folks asking him to leave, to which he responds, “I will leave when I choose.”

Another choice tidbit from the clearly deranged covidiot, “Please, return to your service of Satan and your ignorant belief in your rights.”

When he gets within inches of an employee and yells in her face, I really began to wonder: even if he doesn’t TOUCH her, isn’t there some crime in getting up in a person’s face and screaming at them? Do these employees – following corporate and public health protocol – not have ANY recourse in dealing with these belligerent people?

Major props to the female manager who exhibited incredible self-control offering a repeated “Have a nice day” to the idiot. She is a true QUEEN.

Walmart – give this woman a raise.

Anti-masker in Alaska gets kicked out of Walmart & has a public meltdown pic.twitter.com/wymrh10XZk 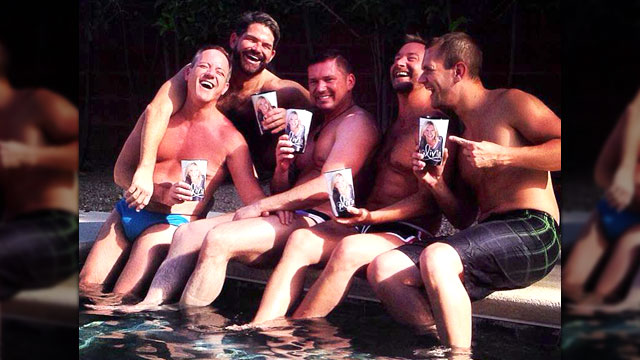 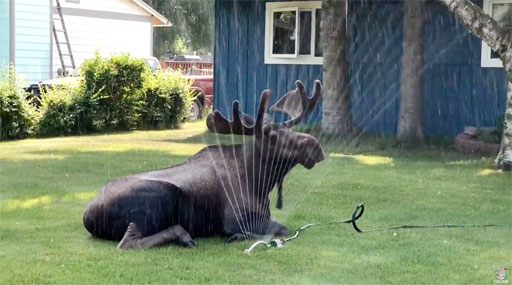 With record heat happening in Alaska, what’s a moose to do?

“Alaska is dealing with a record heat wave right now and everyone is doing what they can to stay cool. Even the wildlife.

“This moose was just chilling under a sprinkler after sprinkler hopping from yard to yard before finally settling down for a good soak.

“High temperatures will continue to take a run at 90 degrees. Normal temps this time of a year in anchorage are in the mid 60’s.”

• If anyone was ever born to wear a white Speedo, it’s Pietro Boselli (above).

• Drag series Canada’s a Drag will return for a second season.

• Mike Pence says he couldn’t be more proud of his wife teaching at an anti-LGBTQ school.

• The mayor of Fairbanks, Alaska, vetoed legislation that would have protected LGBTQ people from discrimination.

• If you wanted to see this year’s ‘Hottest Chorus Boys on Broadway,’ you could click here for a peek.

• Meghan Markle and Prince Harry plan to raise their child in a gender-neutral nursery and environment.

The first round of Jonas fame was a bit too young/teeny bopper for me, but now that the guys have grown up (and so well, may I add?) I’m happy to give them a peek.

The good news is the new track is a catchy pop bop that’s easy to listen to, and the video is fun with the guys and their wives/significant others playing house in a huge Edwardian mansion.

They’ve taken some plot points from the recently Oscar-nominated The Favourite, but I’m not getting bogged down in that while Nick, Joe and Kevin offer such ‘easy on the eyes’ candy. 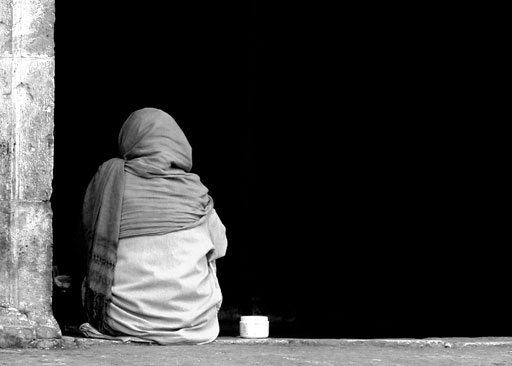 The conservative law firm, which represented Colorado baker Jack Phillips in his fight to deny services to gay people, has filed a lawsuit on behalf of the ironically named Downtown Hope Center against the city of Anchorage, Alaska, to deny services to transgender women.

The issue arises from an incident that occurred in January 2018, when a transgender woman was turned away from the shelter, according to local news station KTUU.

Downtown Hope Center says the woman, identified in court papers as “Jessie Doe,” was denied shelter because she was allegedly inebriated. The shelter claims she was put into a taxi and sent to a hospital for treatment for a cut on her forehead.

But the same woman showed up the next day and again was turned away.

The average temperature in Anchorage at night during January is 9 degrees.

In September 2015, the Anchorage Assembly passed AO-09, a city ordinance which bans discrimination based on sexual orientation and/or gender identity.

The ordinance added protections to Anchorage’s equal rights laws for gay, lesbian, transgender and bisexual people in housing, employment and public accommodations and includes exemptions for religious groups and those with ministerial duties.

In a press release, ADF asserts the ordinance exempts homeless shelters like the Hope Center. ADF attorney Ryan Tucker told U.S. District Judge Sharon Gleason that the homeless women in the shelter would “rather sleep in the woods” than spend a night in a shelter with a transgender woman.

In a further slap to trans women, the ADF also says that because many of the women at the shelter have been battered or sexually abused by men, they shouldn’t have to sleep in proximity to ‘men.’ ADF calls the idea of trans women sleeping in the shelter ‘dangerous.’

“There is simply no evidence that transgender people are more of a threat to anyone whether that be in bathrooms, locker rooms or homeless shelters,” David Dinielli, Deputy Legal Director for the Southern Poverty Law Center, told KTUU. “In fact we know transgender people are among the most, if not the most likely to be targeted for abuse, sexual abuse and physical abuse.”

It’s worth noting that the Hope Center receives some of its operating funds from public tax payer monies via a grant from the Department of Housing and Urban Development.

The ADF, which has represented so-called ‘religious freedoms’ lawsuits in more than a dozen states, has been identified by the Southern Poverty Law Center as a hate group which works to push trans people “back into the shadows.”

• The finale of Will & Grace aired this week with some surprise couplings.

• A new documentary of the life and legacy of Sir Ian McKellen – Playing The Part.

If you enjoy catching up on LGBTQ headlines in 15 minutes with The Randy Report podcast, please share it with your friends.

I like to think of my newsmagazine podcast as “the 60 Minutes of gay news” – only shorter. 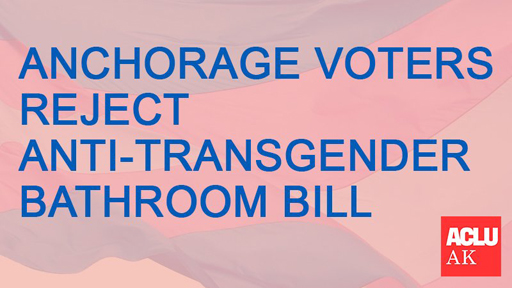 Voters in Anchorage, Alaska have rejected Proposition 1, an anti-transgender “bathroom bill” that would have forced folks to use bathrooms and locker rooms corresponding with their birth certificate gender.

No on Prop 1 took 53 percent of the votes with yes getting 46 percent.

This failure of the referendum to pass would mean that laws would retain the rights afforded to transgender people as passed in the Anchorage Assembly resolution of 2015.

Hurray for the good guys! 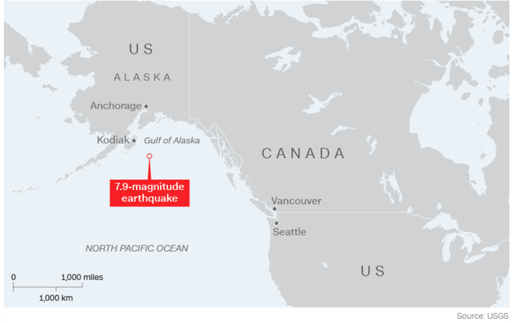 A magnitude-7.9 earthquake detected in the Gulf of Alaska has triggered tsunami warnings in Alaska and tsunami watches across several Western states.

A tsunami warning is in effect for southeast and south Alaska, including the Alaska Peninsula and Aleutian Islands, as well as British Columbia in Canada. A tsunami watch is in effect for California, Oregon and Washington, according to the Tsunami Warning Center. 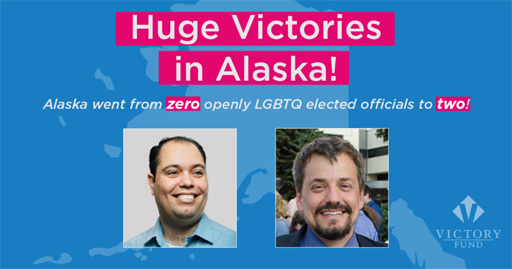 Christopher Constant [above], running against a prominent Democrat and three lesser known conservatives for the downtown seat being vacated by Flynn, won Tuesday with 52 percent of the vote. His closest competitor was David Dunsmore, a fellow Democrat, who mustered just 23.35 percent of the vote after the latter pursued a final week of negative campaigning, which evidently backfired.

Felix Rivera, also openly gay, is now too an Assembly member-elect, fending off three challengers while maintaining nearly 47 percent of the vote in midtown Anchorage. Rivera ran for the seat being vacated by Assembly Chair Elvi Gray-Jackson with her full support — as well as the support of current Vice-chair Dick Traini.

In the loser column, you’ll find the conservative gay who was revealed by Dan Savage last week.

The homocon lost to a progressive woman. #FTW! 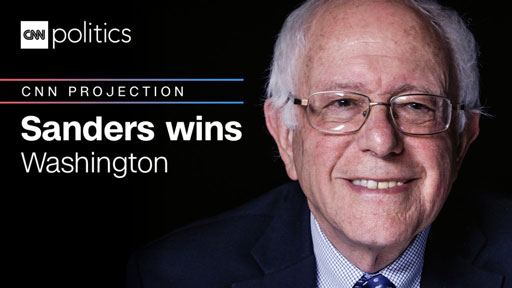 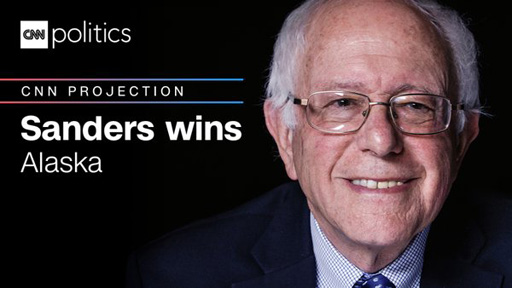