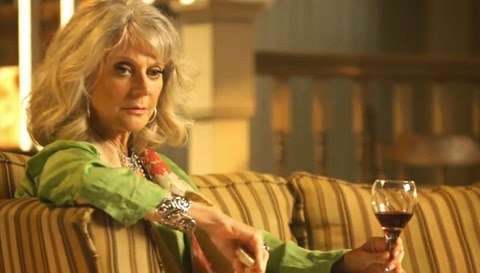 Reviews for the newly opened Donald Margulies’ play The Country House are – as expected – quite robust for the production’s leading lady, Blythe Danner.

Regular readers will recall that I’m a huge fan of the luminous Ms. Danner’s work, and have been for years. I was fortunate to work with her in the 2001 revival of Stephen Sondheim’s Follies and have remained friends since then.

The Country House, under the auspices of the Manhattan Theatre Club, opened last night on Broadway to strong reviews, especially for Danner.

“The most satisfying and exasperating aspect of “The Country House” is Ms. Danner’s performance.

“Watch Ms. Danner after Anna fails to seduce a handsome, younger houseguest. She deflates and then majestically reinflates, like someone who suddenly remembers that she is, after all, in front of an audience. Anna may describe herself as “a leading lady without a stage,” but that’s nonsense. With Ms. Danner in the role, all the world is Anna’s stage.”

“(Author) Donald Margulies gets a big, sloppy kiss from leading lady Blythe Danner, who is effortlessly lovely and irresistibly charismatic as the queenly head of a fractious theatrical family in his new play, “The Country House.””

Danner’s Anna is a model of rumpled dignity and vanity, at once blowsy and elegant in her fashion. “I am not one whose entrances go unnoticed,” she tells Susie early on. Yet House is at its funniest and most poignant when Anna comes to terms — or doesn’t — with her fading powers, and the ephemerality of life. Her daughter’s absence is, of course, a stinging reminder of the latter, and Danner makes that pain clear, even while delivering a wonderfully relaxed comedic performance.