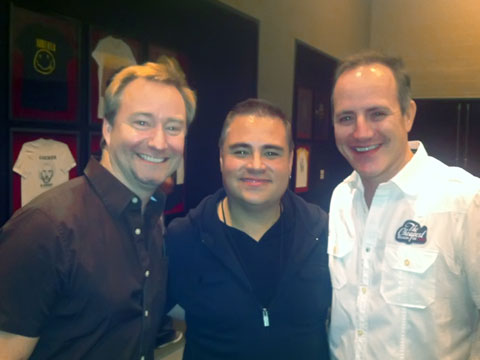 I had an amazing time seeing Stevie Nicks last night at the Hard Rock here in Las Vegas. Stevie was the legend we wanted her to be and the crowd was beside itself.

BUT the high point of the concert was Stevie calling her long-time vocal coach Steve Real out on stage to sing her huge hit “Leather & Lace.” Apparently she never does the song in concert because it’s a duet and it’s been hard to find a great vocal partner to do the song justice. Steve Real more than lived up to the Don Henley role and the audience lost their minds. Thrilling to be there. I wanted to share so I found a youtube video from earlier in the tour. Sorry to be selfish but I couldn’t bring myself to pull my phone out and video it – I wanted to just enjoy. BUT I did find a good video from a couple of weeks ago.

Speaking to Steve after the concert, he said it “just came up in sound check one day” that she thought they should do it. He sang it on the spot and now it’s a permanent part of her tour.

Long time fans know that Steve Real is also Olivia Newton-John’s vocal coach and back-up singer, which is how I know Steve.