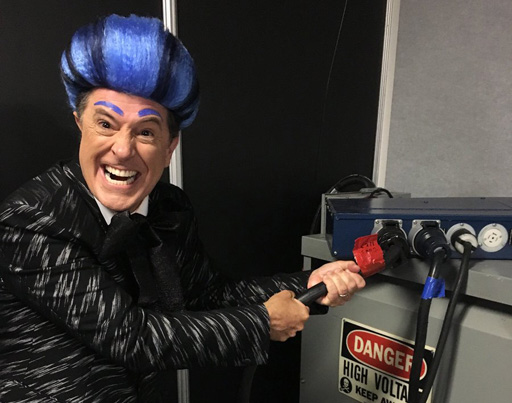 Stephen Colbert jumped the gun a bit here when he unexpectedly took to the stage at the Republican National Convention to gavel in the festivities.

The footage shows Colbert in his “Caesar Flickerman” regalia declaring from the stage that Trump “has formed an alliance with Indiana Gov. Mike Pence” before seemingly falling asleep at the mention of Pence’s name.

“Sorry, I blacked out there for a moment,” he says upon recovering, before proclaiming that “it is my honor to hereby launch and begin the 2016 Republican National Hungry For Power Games!”

At that point a security guard is seen hassling Colbert, who quickly protests, “I know I’m not supposed to be up here — honest, neither is Donald Trump.”