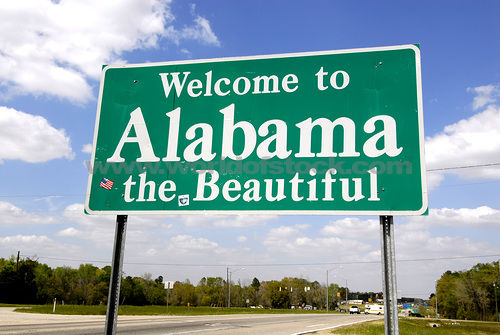 In most legal matters, the losing side of a litigated case often pays the fees of the winning side’s lawyers.

Now that same-sex marriage is the law of the land, the law offices who worked for years on behalf of couples seeking equal marriage rights are sending in the bill to those states who chose to draw out the litigation.

But in Alabama, Attorney General Luther Strange is trying to cheap out on paying the winning lawyers, saying they “didn’t reinvent the wheel.”

Alabama Attorney General Luther Strange said in an Oct. 21 filing in the U.S. District Court of Mobile that the nearly $200,000 in reimbursable costs claimed by the two attorneys is “excessive in light of the work performed and the results achieved.”

“The fee they claim is entirely excessive and should be cut dramatically,” the filing states.

Instead, Mobile attorneys Christine Hernandez and David Kennedy – who sought a $275 hourly rate – should be reimbursed about $50,000, according to the filing. The state’s figure factors in a $150 hourly fee that it claims is more “reasonable” for lesser experienced attorneys working in a smaller practice.

According to the filing, the lower hourly rate is justified because the two attorneys “did not have to reinvent the wheel.”

Subsequently, Kennedy wrote a scathing response that puts the burden of some of the costs on Strange’s office.

“After causing the litigation to be lengthier, fiercer, and ultimately more costly than necessary, Strange now asserts that Plaintiff’s counsel spent too much time working on this case,” Kennedy wrote in an Oct. 28 filing. “In other words, the losing party is criticizing how much time it took undersigned counsel to redress the unconstitutional discrimination against the Plaintiffs.”

My opinion is this is anti-gay sour grapes on the part of Alabama and Attorney General Strange. Especially when you consider that Mobile County Probate Judge Don Davis’ office billed almost $345,000 back to Mobile County on the issue.

The issue will be decided by U.S. District Judge Ginny Granade.