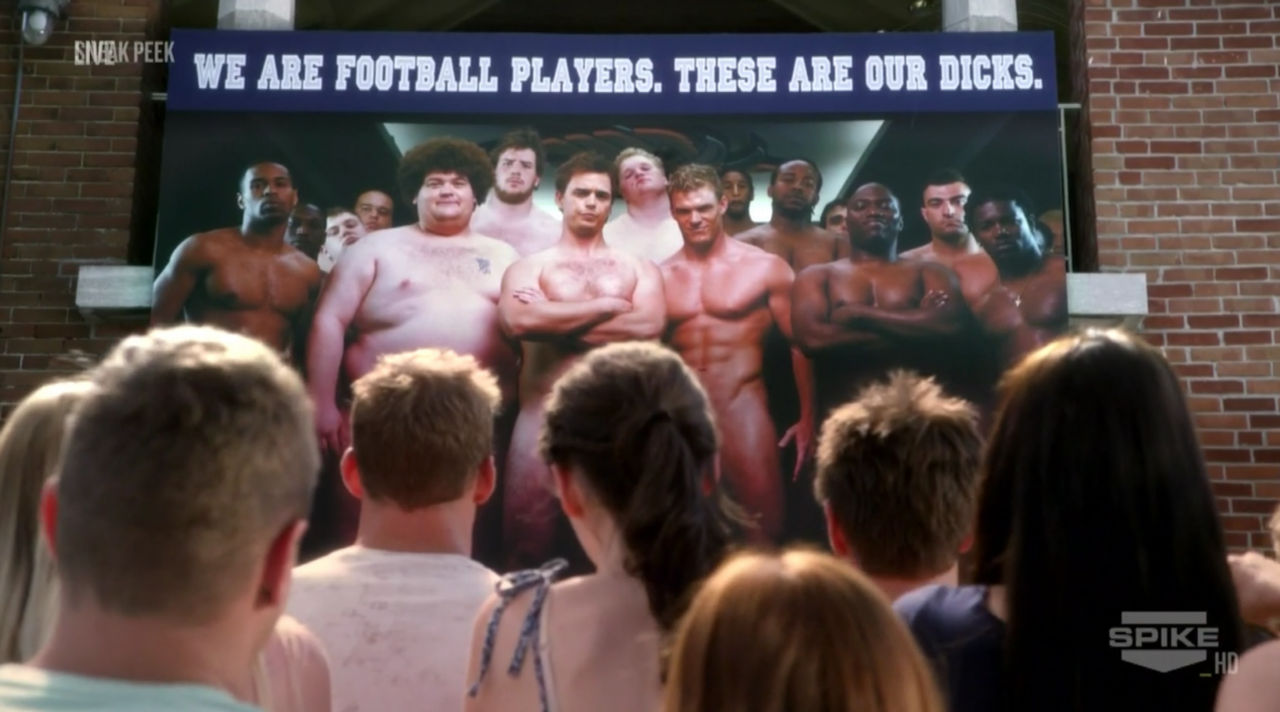 Spike network series “Blue Mountain State” began its third season, and they definitely hold up with the title of raunchiest show on TV.

One ep was about the football guys sending out pics of their privates and had a bit of nudity from the male cast. I don’t know if it’s the whole “straight guys think male nudity is funny” thing or they want to grab gay viewer’s attention (or a bit of both), but it’s selling!