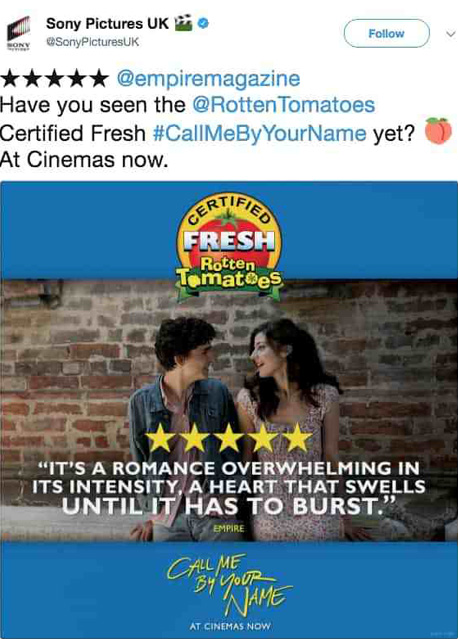 The Twitter feed for Sony Pictures UK was shamed into deleting a tweet that appeared to “straight-wash” the upcoming gay-themed indie film, Call Me By Your Name.

Pairing an image of two of the film’s young actors with the quote, “It’s a romance overwhelming in its intensity, a heart that swells until it has to burst,” you would have thought this was a movie about budding young heterosexual romance.

Of course, being one of the most highly anticipated films of the year, movie fans know it’s actually a coming of age story centered on a burgeoning gay romance between a young college professor and a male teenager.

Call Me By Your Name is in theaters November 24.