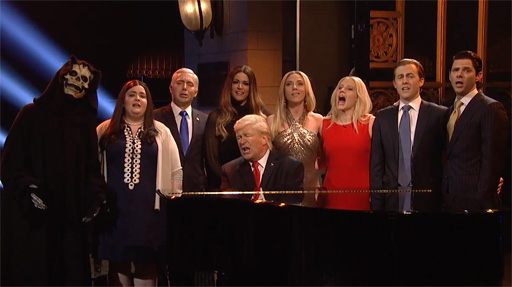 Watch Baldwin’s “Trump” on the line, “I didn’t come to fool ya.”

The effect is quite different from last November when Kate McKinnon used the same song to staggering effect as “Hillary Clinton” after the election.