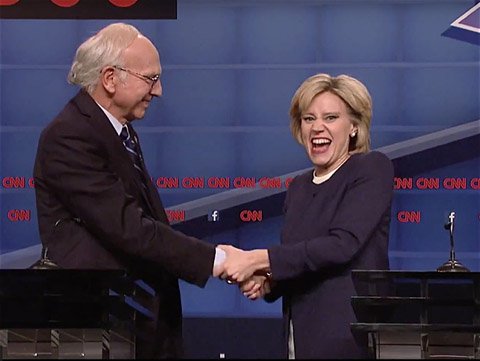 Or is it really Bernie Sanders as Larry David? Hmm?