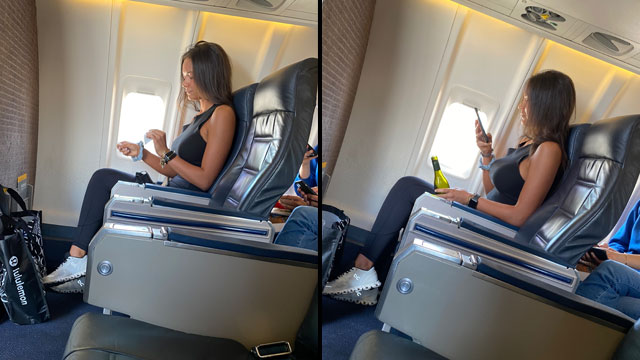 My hubby Michael had to travel on a business trip yesterday from Nevada to California.

My understanding has been that most major airlines require a face mask to board planes.

But when Michael got settled, the traveler on the other end of his row was clearly not wearing a mask.

And then there’s the personal wine bottle she somehow got on-board…? I hear that was confiscated later.

I reached out to the airline (who I won’t shame here) on Twitter via DM and they responded immediately.

At some point in the flight, the woman did don a mask (kinda sorta) but wasn’t wearing it correctly.

Just a snapshot of what’s happening out there in the world these days. 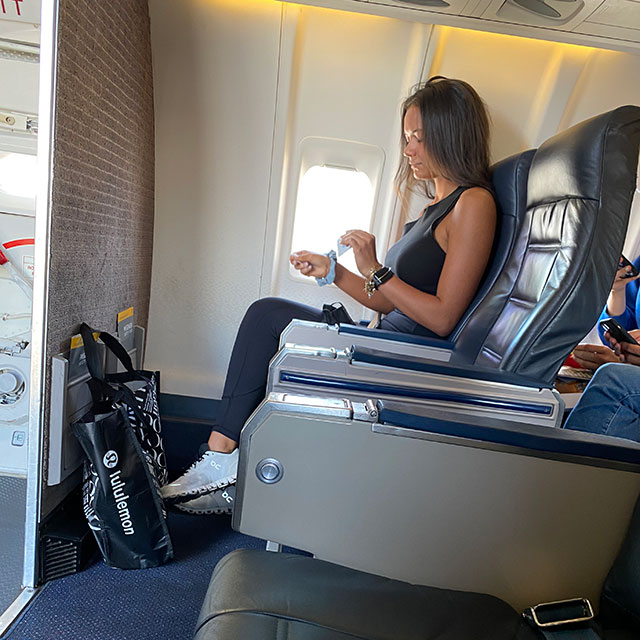 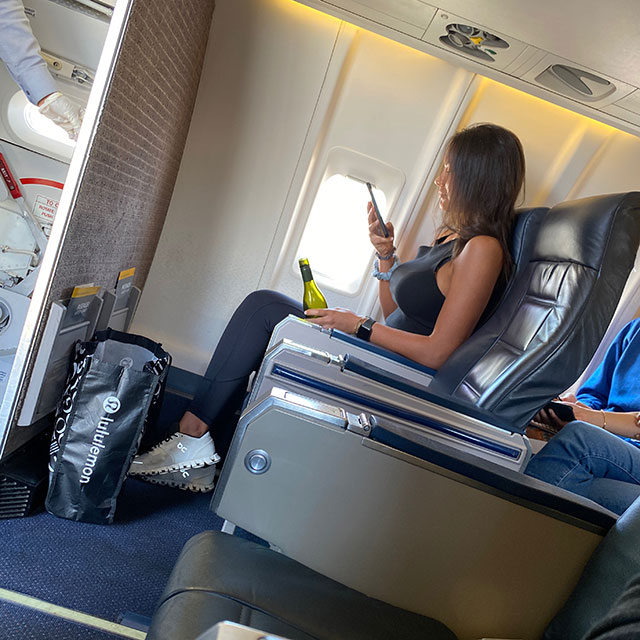 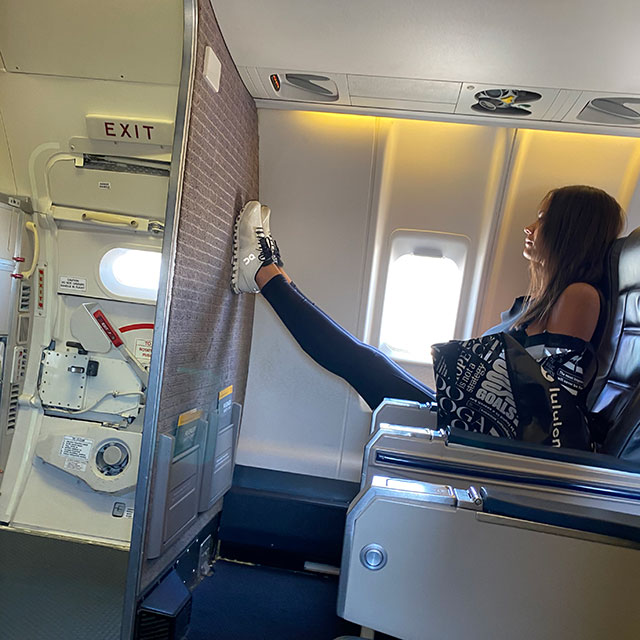 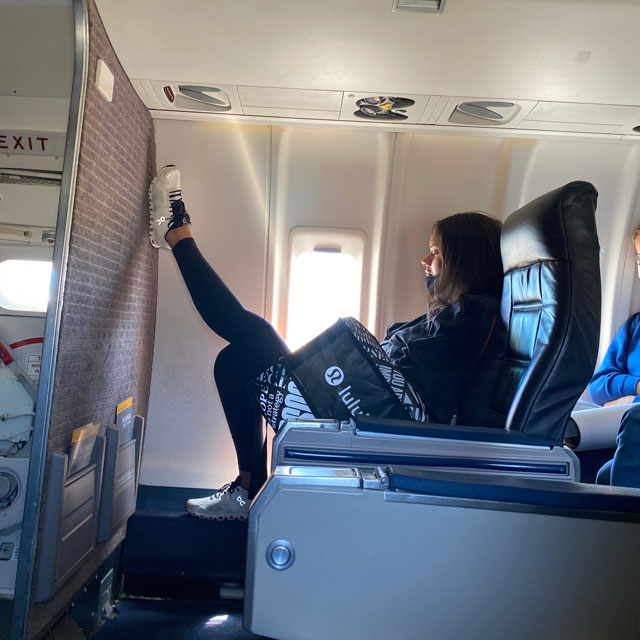