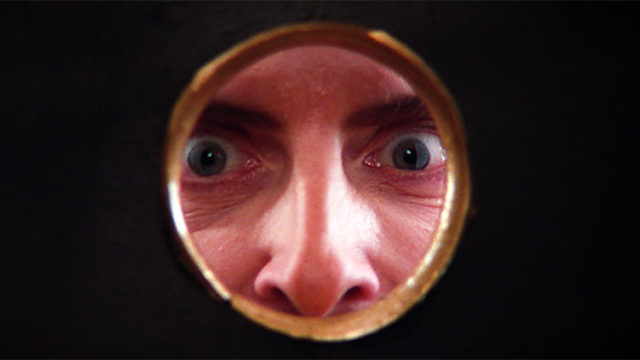 An opera house men’s room stall that features a hidden golden glory hole is the setting for the acclaimed queer short film, STALLS, now available for viewing (for free) on YouTube.

In the film, Jonathan heads into the lavatory as a glorious aria is heard in the background. Assuming his position in one of the stalls, the next couple of minutes play out as a tap dance of cruising excitement.

As a member of the LGBTQ and Latin communities, João (who holds an MFA in Directing from the American Film Institute) began making movies to create his own world where he celebrates queer/Hispanic stories and characters.

In a statement, the Brazil-based director shares that the idea for the film came from “many of my personal experiences looking for the perfect partner in the most creative environments.”

“I wanted to create a love letter to the act of cruising,” says João. “Making a glory hole look glamorous and capturing the excitement and adventurous feeling that it can give to you.”

“One day realized that cruising is a dance and that prompted me to make this film,” he added.

You can watch the 3-minute short below.