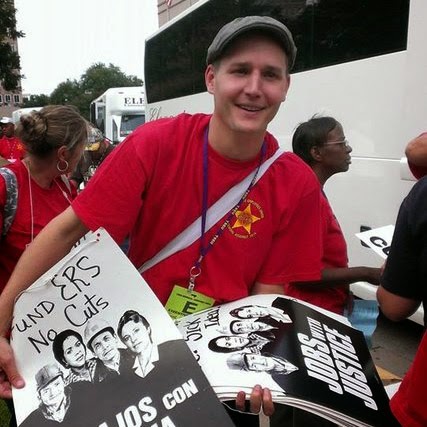 Seth Hutchinson, son of Arkansas Governor Asa Hutchinson, sent an email to Business Insider today after he was referenced in his dad’s press conference where the governor announced he was sending the recently passed “Religious Freedom Restoration Act” back to lawmakers to mirror the federal version of the law.

The liberal 31 year old union activist, based in Austin, Texas, had this to say about today’s events in Arkansas:

“I am happy that my Dad is now calling on legislators to rework HB 1228.

“I had communicated with him my opposition to the bill, along with thousands of other Arkansans and concerned citizens around the country.

“I’m proud to have made a small contribution to the overall effort to stop discrimination against the LGBT community in Arkansas, the state that I love (Go hogs!).

“I love and respect my father very much, but sometimes we have political disagreements, just as many families do. We must build a mass movement of Americans fighting for economic, environmental, and social justice if we want to see real progress.”