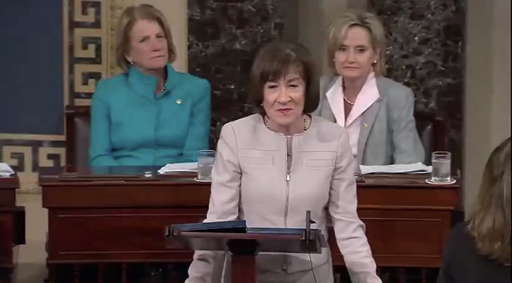 Republican Sen. Susan Collins of Maine announced during a lengthy speech on the floor of the Senate that she will vote ‘yes’ on confirming Judge Brett Kavanaugh to the U.S. Supreme Court.

Shortly after her announcement, red state Democrat Sen. Joe Manchin also announced he will vote ‘yes’ as well, which appears to give Kavanaugh the 51 votes he needs for confirmation.

Manchin, in a tough re-election fight in West Virginia, is the only Democrat to cross party lines and vote for Kavanaugh. 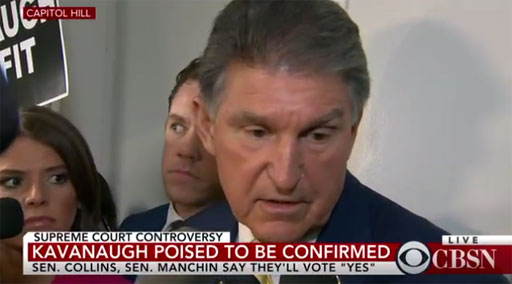 For decades, @SenatorCollins promised Maine voters she would protect their rights. Today, she broke that promise, choosing Trump and McConnell over those constituents who believed her. This is her legacy vote – and she knows exactly what will flow from it. This is who she is

Are you all not, on one level, relieved that Susan Collins has finally revealed herself fully to the people of Maine?

People of Maine, please beat her in 2020, and send her into retirement.

Deeply disappointed in @SenatorCollins today. This is the most consequential vote of her lifetime — and of her constituents’ lifetimes. The harms of this vote will last decades.