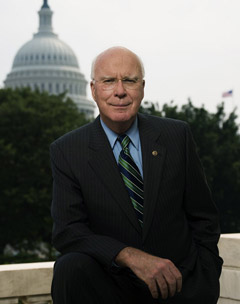 From MetroWeekly: Today, Senate Judiciary Committee Chairman Patrick Leahy (D-Vt.) announced that his committee, which held a hearing on the Respect for Marriage Act earlier this year, will hold a mark-up session and vote on the bill that would repeal the Defense of Marriage Act next month.

In a statement announcing the news, Leahy said, “The march for equality continues, and now is the time to ensure equality for gay and lesbian Americans who are lawfully married.”