In a letter published by The American Renewal Project, Sen. Ted Cruz implores evangelicals to pray for “traditional” marriage as SCOTUS takes up the issue of marriage equality next week. 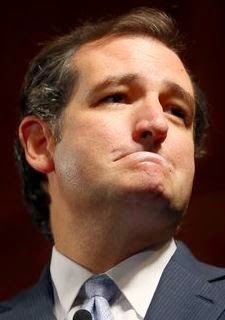 On Tuesday, April 28, the United States Supreme Court is scheduled to hear arguments in favor of “same-sex marriage.”

How will the American church respond?

The prophet Daniel described the people who know their God as people who do two things: display strength and take action (Daniel 11:32).

How can the church rise to the occasion in this situation? Along with my friend David Lane of the American Renewal Project, I urge you to consider the following –

We know that marriage is intended to be sacred, beautiful, and nourishing. If you do not influence your congregation’s understanding of marriage, who will fill the void? Hollywood? Divorce courts?

Prayer moves our God to intervene in history. Prayer softens our hearts and brings us into alignment with the heart of God. The church has not shared the truth about marriage well: it is time to repent and commit ourselves to courage on this front.

Regardless of what happens in the Supreme Court, or anywhere else, we know that the truth will never be obsolete. The union of man and woman in marriage will always be relevant. People will continue to need marriage, and to desire it – because we are made in the image of God, creatures who value authentic companionship and intimate connection.

That leaves us only one question. Will we be on the right side of history, the side occupied by the Author of history? Otherwise we will fall victim to the fashions of the times.

Will we discard an institution, ordained by God, which has brought so much stability and happiness to the human family? Or will we stand in its support? Rightly or wrongly, the Supreme Court will take a stand on marriage this summer. Let’s take ours now.

I will point out that should SCOTUS rule in favor of marriage equality, Cruz’s “traditional” marriage will be left intact and available for all heterosexuals to enjoy. No one will be forced to “discard an institution.” The only difference will be gays and lesbians will be included.

You see how they make themselves victims? It’s all in repeating the same divisive rhetoric over and over.