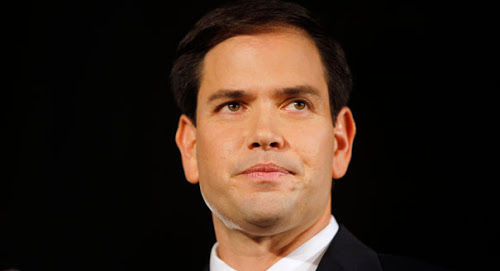 Sen. Marco Rubio promised again today that he will torpedo the current immigration reform legislation that he helped craft if the amendment allowing gay US citizens to sponsor their foreign partners is not removed.

“If this bill has something in it that gives gay couples immigration rights and so forth, it kills the bill. I’m done,” Rubio said Thursday during an interview on the Andrea Tantaros Show. “I’m off it, and I’ve said that repeatedly. I don’t think that’s going to happen and it shouldn’t happen. This is already a difficult enough issue as it is.”

The amendment, introduced by Vermont Democratic Sen. Patrick Leahy, would grant green cards to foreign partners of gay unauthorized immigrants who seek legal status under new rules in the bill.

Leahy originally introduced the measure during the Senate Judiciary Committee markup of the bill, but he withdrew it under pressure from Republican lawmakers who said it would reduce the chance of the bill passing.

That being said, I don’t see the amendment surviving the debate and markup process in the Senate. And even if it somehow did survive, the GOP controlled House would never go for it.

So while it’s a nice gesture from Sen. Leahy, I think it’s more symbolic than anything at the end of the day. This won’t be our turn, in my opinion.

Repeal DOMA and the problem goes away.