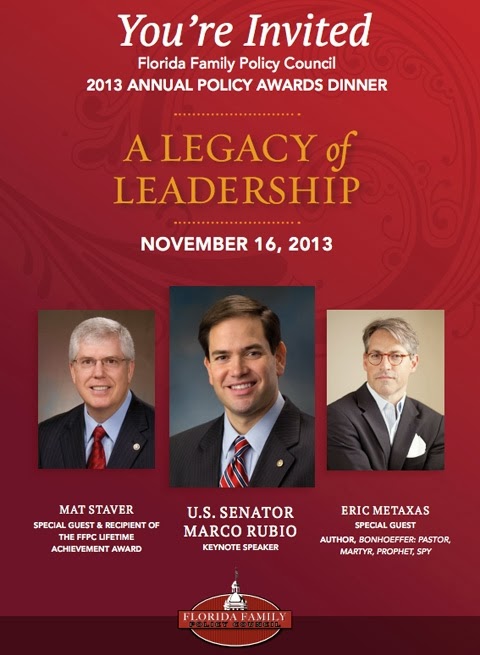 From the AP report:

“The moral well-being of our nation is our business. It’s everybody’s business,” Rubio said to applause at the Florida Family Policy Council fundraising dinner. “The debate we should be having isn’t whether or not we have a right to talk about values and morals in the public square, the debate we should be having instead is which values and morals our nation should focus on.”

The dinner was raising money for the group that led the petition drive to put a gay marriage ban on the state ballot. The constitutional amendment was approved by voters in 2008. Videos shown before and after Rubio spoke showed its president, John Stemberger, speaking against gay marriage, gay scout masters and allowing people who have had sex changes to teach in schools.