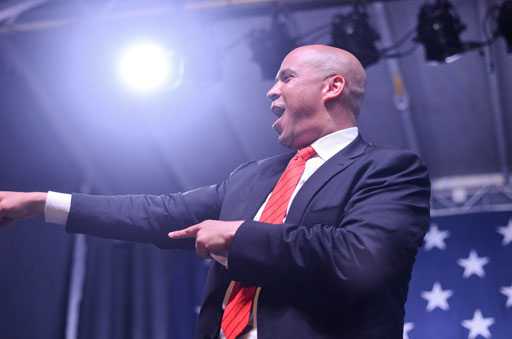 Sen. Cory Booker of New Jersey announced today that he is throwing his hat in the ring to become the Democratic nominee for president in 2020.

In a video on Twitter, Booker intoned the spirit of the civil rights movement, on this first day of Black History Month, as he shared his vision for a country that will “channel our common pain back into our common purpose.”

“The history of our nation is defined by collective action; by interwoven destinies of slaves and abolitionists; of those born here and those who chose America as home; of those who took up arms to defend our country, and those who linked arms to challenge and change it,” said Booker in the video.

I’m running for president. Join me on this journey. https://t.co/fEDqOVIfwh pic.twitter.com/h1FTPUYRzo

The folks at NJ.com served up this quick video on Booker’s personal history.