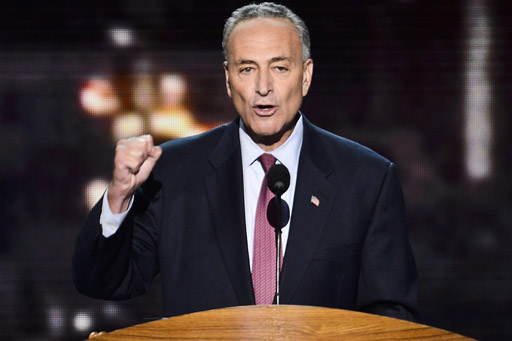 Soon-to-be Senate Minority Leader Chuck Schumer penned an open letter to The Advocates’ readers offering motivation to keep moving forward on LGBT issues even as the community finds itself reeling in the aftermath of the presidential election.

Keep fighting; keep working; keep pushing for all LGBT Americans, all Muslim Americans, all Americans with disabilities, all Latino Americans, all African-Americans, all white-black-brown working-class Americans struggling to have a fair shot at the American dream. And keep in the back of your head the words preached by the Rev. Dr. Martin Luther King Jr: “The arc of the moral universe is long, but it bends toward justice.”

In the past decade, our country’s progress toward full equality for LGBT citizens leaped forward in ways that many of us never would have predicted just a short time ago. In the last 10 years alone, I went from being one of the first politicians to even walk in the New York City Pride Parade to watching marriage equality become the law of the land. Our country does change for the better, but not on its own. We worked hard for that progress, and we will expend every ounce of our ingenuity and effort to defend it.

I encourage you to read the full essay here.