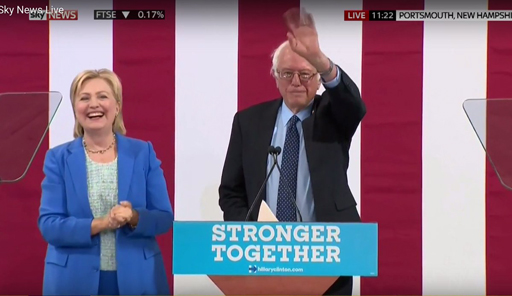 “Secretary Clinton has won the Democratic nominating process, and I congratulate her for that.

“In these stressful times for our country, this election must be about bringing our people together, not dividing us up.

“While Donald Trump is busy insulting Mexicans, Muslims, women, African Americans and veterans, Hillary Clinton understands that our diversity is one of our greatest strengths. Yes. We become stronger when black and white, Latino, Asian American, Native American – all of us – stand together. Yes. We become stronger when men and women, young and old, gay and straight, native born and immigrant fight to rid this country of all forms of bigotry.”