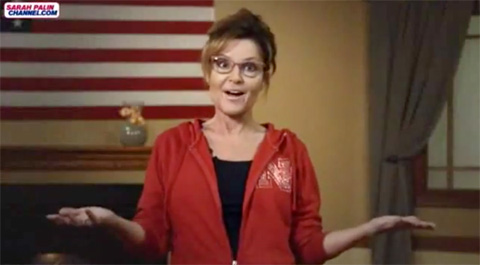 One year after it was first announced, Sarah Palin is quietly shutting down the subscription-based SarahPalinChannel.com.

Or rather, as she says in a new video posted this week, “We’re making all of my content free now!”

This July 4th, Sarah Palin celebrated America by announcing that she is quitting the Internet-teevee-channel grift, because quitting is what Sarah Palin does best.

Palin’s video announcement tries to strike an upbeat tone, the way your folks did when they first told you that Fluffy would be living at a farm upstate, where he would have all sorts of room to run and chase chickens, doesn’t that sound fun for Fluffy.