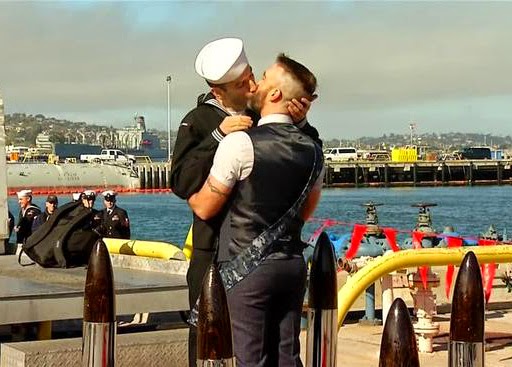 A San Diego man and his partner were the first male same-sex couple to be chosen for the ceremonial first kiss during the homecoming of submarine warship USS San Francisco.

The fast-attack submarine reunited with its home port at Naval Base Point Loma Monday afternoon while families lined the dock awaiting the arrival of husbands, sons, dads and brothers returning from a seven-month stint in the Western Pacific.

Petty Officer 2nd Class Thomas Sawicki and his boyfriend Shawn Brier were the lucky couple chosen to share the first kiss off the ship.

“Everyone was cheering for me when they announced it over email,” Sawicki said. “Everyone was very excited, very supportive, very happy.” 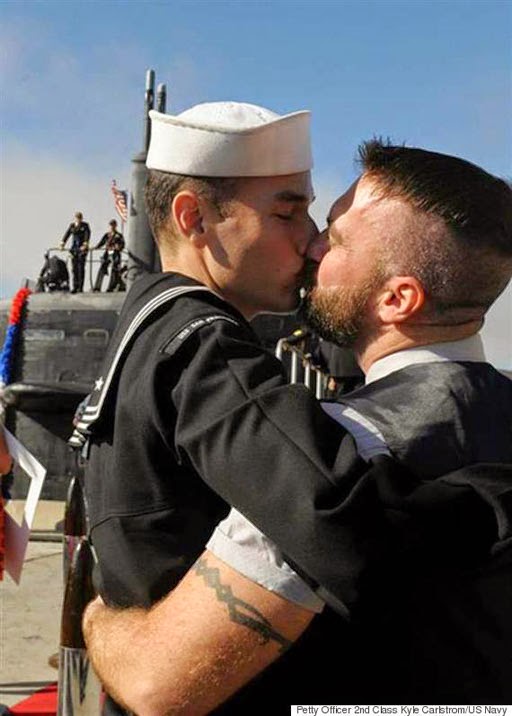 (from NBC7 in San Diego)