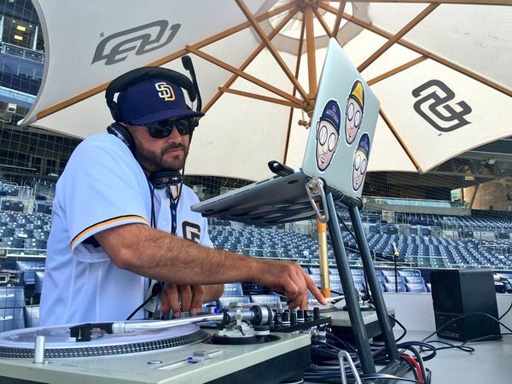 More info today on the very unfortunate incident at the San Diego Padres baseball game this past weekend which left the San Diego Gay Men’s Chorus standing center field, and instead of singing the National Anthem as planned, the men heard a woman’s recorded version of the Star Spangled Banner over the PA system.

DJ Artform (real name Art Romero), who felt he had found his “dream job” combining music and baseball, is the guy who made the mistake of pushing that button.

Artform spoke to radio hosts Scott and BR on The Mighty 1090 about the moment and how it all went down.

“One of the worst nights of my life, and everybody else involved unfortunately. I failed to upload the correct anthem for the gay men’s choir and I went to the first thing I had which was from the prerecording from the night before, and unfortunately obviously that was a solo female artist for the anthem and obviously it didn’t fit to the programming of the day.

Artform says he read the label and thought the Chorus file was for another date. What they play are sometimes CDs, sometimes sound files.

“In a moment of panic I went to the first thing I saw that said anthem and unfortunately the female vocal artist is what played over the PA system, and it was an extremely embarrassing moment.

“Those are my mistakes and I own up to them. I hold myself accountable.//My stomach was in knots. I should have intervened. I should have turned it down. There’s a lot of ‘coulda woulda shouldas ‘that we could have done to avoid the incident…my heart was racing. Every second was an hour.”

“There’s a lot of twists and turns on how this thing got perceived and I understand completely about the issues that have been underlying the LGBT community and the gay men’s choir so this is something that I don’t take lightly.

“I spoke to the director earlier this morning and I gave him my personal apology. I’m doing things on my side to be as constructive and proactive with this whole ordeal and dilemma.

“All I can do at this point is show who I am as a man and as an individual and as a DJ and own up to my mistake and let everybody know there was no malintent or discriminatory actions toward anyone that night. I have family members and friends that are part of the community.”

Listening to Artform tell the tale, you do get the sense that he’s very apologetic about the incident. I guess the one thing I don’t get is: why didn’t he just hit the ‘stop’ button?

As many now know, Artform was fired after the game Sunday night, and Major League Baseball has announced there would be an investigation into the debacle.

You can listen to his story below.

Artform also posted this apology to his Facebook page yesterday:

My deepest apologies and sincere regret toward the entire San Diego Gay Men’s Chorus & the LGBT community for the incident that occurred during the National Anthem. It was a very unfortunate mistake but it was just that, an error.

I in no way, shape or form directed any type of hate, bad intent or discrimination towards the Chorus or anyone involved. The incident was not a representation of myself,San Diego & it’s amazing Baseball fans.

I have felt the consequences of my mistake as my dream job has dissolved before my eyes which does not take away that I am extremely sorry for the horrible mistake that occurred. I have family members & friends that are a part of the LGBT community & I have always been a supporter of Equal Human Rights, so it pains me greatly to see that I am being accused of acting intentionally.

As a former high school and college baseball player, I understand the importance of ensuring equality for all in sports and am appalled by some of the negative, homophobic comments made by fans related to the National Anthem incident.

I have reached out to LGBT leaders in San Diego and am currently in discussion regarding a meeting with the Chorus and LGBT leaders personally in order to be as constructive as possible about the error.

I’ve let down my City, my family & everyone who had faith in me.

Once again,I’m truly sorry for this entire ordeal. “DJ ARTFORM”

Today In "How To Waste Time And Money" 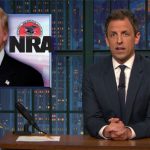 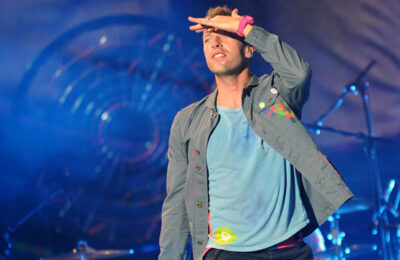 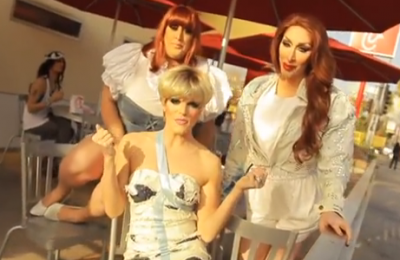 “Chow Down (at Chick-Fil-A)” a la Wilson Phillips 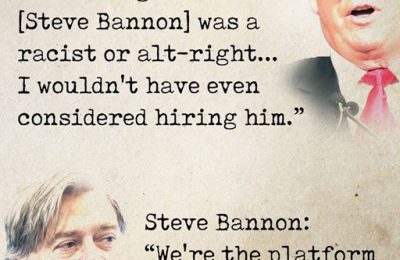