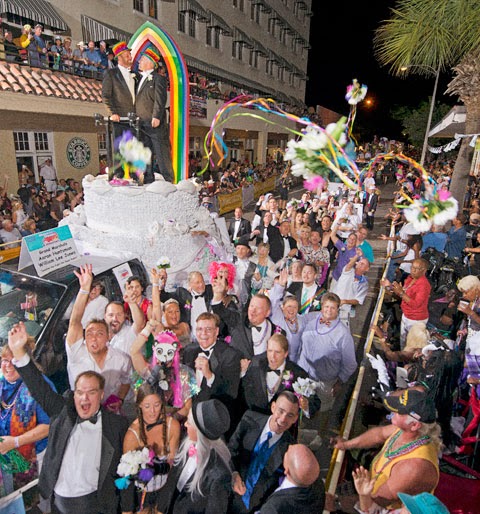 “Our float was designed for us. It’s a wedding cake with the rainbow over top of it symbolizing the marriage equality that we’re aiming for,” said Jones, who rode atop the float with Huntsman while 33 other couples in wedding attire marched beside it.

“I hope that our appearance as grand marshals of Fantasy Fest will show the rest of the state, and our state attorney general and our governor, that we’re all one human family and that we need equality now,” said Huntsman. “And no more wasting taxpayers’ money. Let’s get it done.”

More than 50,000 spectators, some dressed in flamboyant costumes lined Key West’s downtown streets for the procession of more than 40 motorized floats and costumed marching groups.