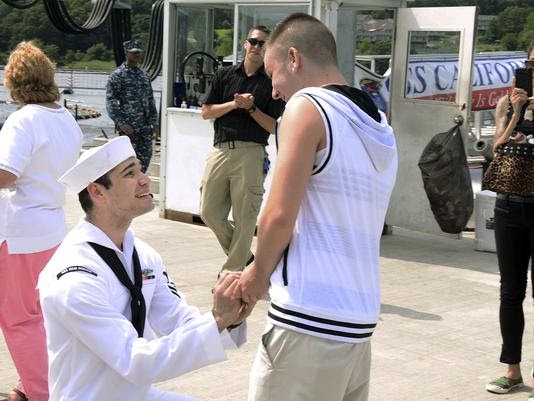 A Navy sailor returning from a six-month deployment emerged from his submarine, dropped to one knee and proposed to his boyfriend during the homecoming celebration in Connecticut for USS New Mexico.

About 200 people were gathered at the dock of the Naval Submarine Base New London where Machinist’s Mate Jerrel Revels proposed to Dylan Kirchner. Kirchner said he had thought about getting married but the proposal Monday came as a surprise.

“I didn’t really care everybody was around. It felt just like the two of us,” Kirchner told The Day of New London.