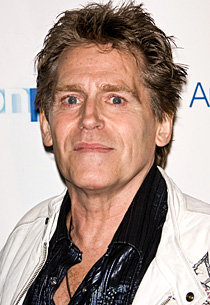 Jeff Conaway, best known for playing Kenickie in Grease, is in critical condition after an apparent overdose, The Los Angeles Times reports.

Conaway’s family members told the Times that the actor has been hospitalized at Encino Hospital Medical Center with pneumonia and is currently unconscious.

Conaway, 60, rose to fame playing one of the T-Birds in the 1978 film adaptation of Grease. Later that year, he co-starred in the popular sitcom Taxi, as actor-turned-taxi-driver Bobby Wheeler, before leaving in Season 4. He later appeared on The Bold and the Beautiful and Babylon 5 in the ’90s.

In recent years, however, Conaway has turned to reality TV. He was a contestant on the third season of Celebrity Fit Club, but was forced to leave the show and enter rehab. Two years later, he returned to VH1 to appear on Celebrity Rehab with Dr. Drew, seeking treatment for addictions to cocaine, painkillers and alcohol.