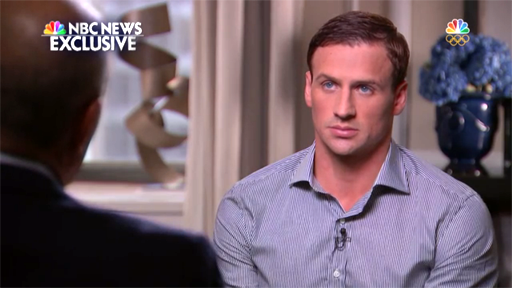 In an exclusive interview with Matt Lauer, 12-time Olympic medalist Ryan Lochte offers a tearful apology for what he repeatedly called “over-exaggerating” the details of his previous versions of his late night encounter last Sunday night in Rio at the 2106 Summer Olympics.

He also says many times throughout the interview that he wants to take “full responsibility” for his actions, and he apologizes to the people of Rio and the country of Brazil for insinuating anything negative about the host city, and to his fellow Olympians for distracting from their accomplishments throughout this past week.

“That didn’t happen and that’s why — I over-exaggerated that part, ” Lochte said. The gun was drawn and pointed in his direction but was never at his forehead, Lochte said.

Asked why he would make up the dramatic detail, Lochte said: “I don’t know why.” He added it was hours after the incident occurred and he was still intoxicated.

“I’m not making me being intoxicated like an excuse, I’m not doing that at all,” Lochte said. “It was my fault and I shouldn’t have said it.”

Lauer asked Lochte why he had maintained they were “victims” in his statements to police and to the media.

“It’s how you want to make it look like. Whether you call it a robbery, whether you call it extortion, or us paying just for the damages, like, we don’t know,” Lochte responded. “All we know is that there was a gun pointed in our direction, and we were demanded to give money.”

I think watching the full interview puts some things in perspective.

I can’t defend Lochte, but I will say I think he’s aware that he made an immature mistake. And I also think, without being mean-spirited, that he’s just not the sharpest tool in the shed. I think he had a knee-jerk reaction in the middle of what he feared would be – and did become – an international incident. 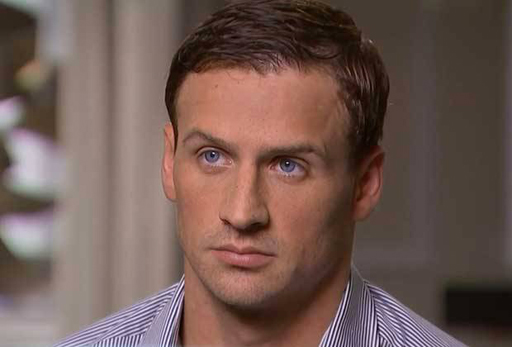