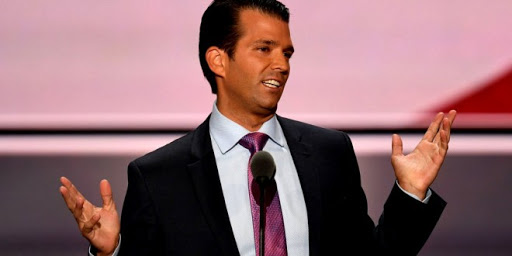 The allegations for a year and a half have been that someone from the Trump campaign met or coordinated with Russian actors connected with the Kremlin.

Russian lawyer Natalia Veselnitskaya, who met with Donald Trump Jr. at Trump Tower offering dirt on Hillary Clinton during the campaign, now admits she is a top Kremlin informant.

The Russian lawyer who met with Trump campaign officials in Trump Tower in June 2016 on the premise that she would deliver damaging information about Hillary Clinton has long insisted she is a private attorney, not a Kremlin operative trying to meddle in the presidential election.

Ms. Veselnitskaya also appears to have recanted her earlier denials of Russian government ties. During an interview to be broadcast Friday by NBC News, she acknowledged that she was not merely a private lawyer but a source of information for a top Kremlin official, Yuri Y. Chaika, the prosecutor general. “I am a lawyer, and I am an informant,” she said. “Since 2013, I have been actively communicating with the office of the Russian prosecutor general.”

Natalia Veselnitskaya has admitted that she’s been an “informant” for Russian prosecutor general Yury Chaika.

That Veselnitskaya was acting as an agent of, or informant for, Yuri Chaika has been obvious for a very long time. https://t.co/pyK2Pn0xRp

Just Out: My son, son-in-law and campaign manager met with an admitted Russian spy during the campaign in an attempt to find dirt on Hillary Clinton. Wow! What was I saying about a WITCH HUNT? https://t.co/KDl50XKiDa