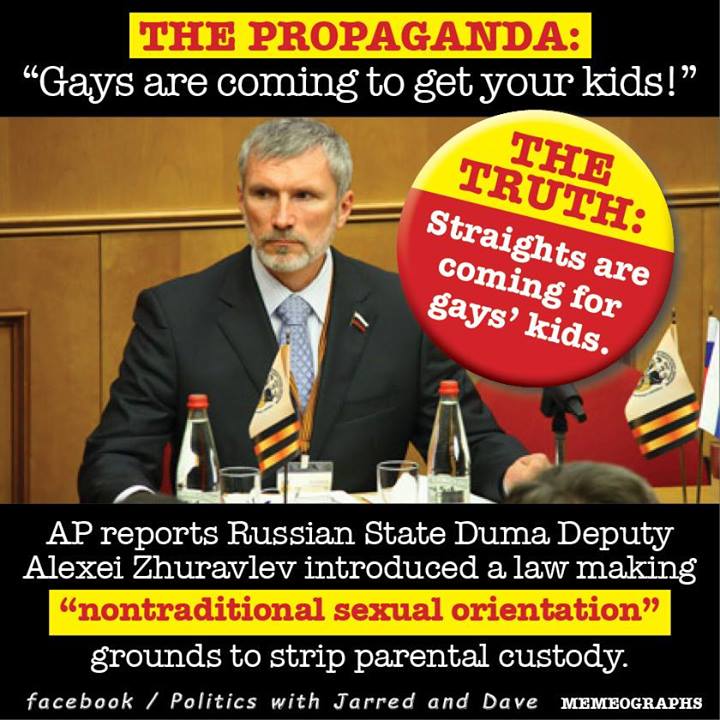 A Russian lawmaker has introduced legislation that would nullify the parental rights of gay parents.

Lawmaker Alexei Zhuravlyov has proposed a bill that will would deny gay parents custody over their own children. If passed it would make “non traditional sexual orientation” a basis for the deprivation of parental rights. It places same-sex sexual orientation in the same category as alcohol and drug abuse.

If passed, the law would follow on from a piece of legislation signed into law by President Putin in July that banned gay and lesbian couples from foreign countries from adopting children.